When women in politics meet women in media

When women in politics meet women in media 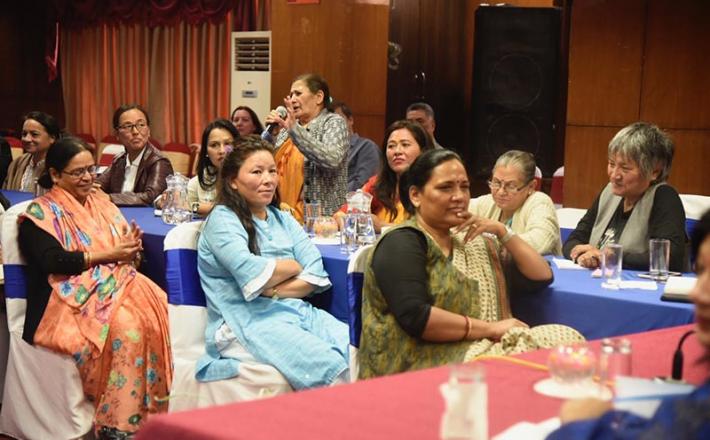 Women parliamentarians and other leaders in politics, on Sunday, discussed how people generally are less likely to recognise leadership qualities in women and stressed on the urgency to break this gender gap with female journalists, in Kathmandu.

During an interaction conducted by Sancharika Samuha, a forum of women journalists and communicators, along with the Election Commission and other organisations, Shivamaya Tumbahamphe, Deputy Speaker of the House of Representatives said that women’s participation should increase and journalists should play a key role to stop women from being under-represented.

She opined that women in media are emerging with time and can see the rise in the ratio of path-breaking female journalists who can now actively involve in highlighting women-centric stories as women in media and politics are complexly intertwined and go hand in hand.

Click here to read the full article published by The Himalayan Times on 22 October 2019.