Will Trump's election lead to more women in politics?

Will Trump's election lead to more women in politics? 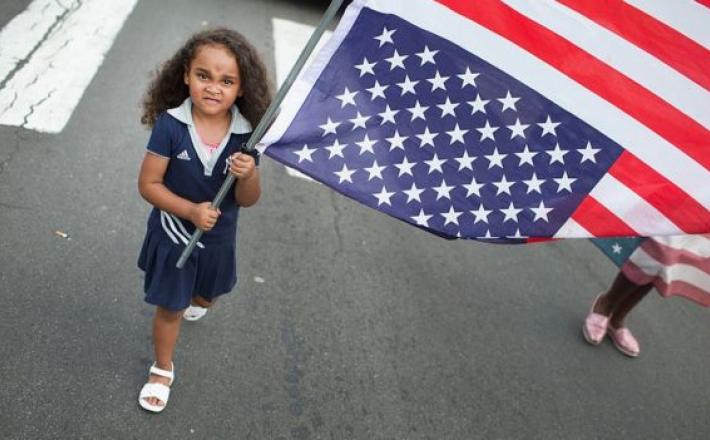 As Hillary Clinton exits the national stage, US women continue to pursue a political life. Will a Trump presidency motivate more women to run for office?

The election of Donald Trump delivered a crushing blow to US women's rights activists hoping to elect the first female president.

But Hillary Clinton's failure to shatter the metaphorical glass ceiling was not collective.

In fact, Mr Trump's victory has appeared to energise a new group of women who have pledged to run for office.

She Should Run, a non-partisan non-profit that encourages more women to get into politics, has seen more than 5,100 women sign up for its incubator programme since the election, according to Erin Loos Cutraro, the group's chief executive and co-founder.

The incubator, initially launched in March, helps prepare women who are interested in running for office and connects them with like-minded women.

Chelsea Wilson, a 27-year-old member of the Cherokee Nation and Oklahoma native, is one of those women who felt empowered to step forward.

The Washington, DC, resident went through the programme in the spring. She plans to return to her home state and run for office.

"More women in government injects new perspectives and ideas," Ms Wilson says. "And I think the election shined a light on what's missing in politics."

She Should Run is not the only group pushing for more female candidates to receive a post-election surge of support.

Emily's List, an organisation dedicated to electing pro-choice, Democratic women for office, told the BBC it raised more than $500,000 (£406,867) since 8 November.

The group said most of those donations were unsolicited and roughly a third came from new donors.

Ready to Run, a non-partisan training programme for women considering elected office at Rutgers University's Center for American Women and Politics (CAWP), has already registered nearly 100 women for its spring course. At this time last year, only two people were signed up.

"They want to make sure that their voices are heard," says centre director Debbie Walsh. "It's this notion that if they don't speak up, who will?"

"I've always had it in the back of my mind that I may want to run for office some day," says Courtney Peters-Manning, a 39-year-old finance director.

But working full time and having two young children made it "easy for daily life to get in the way of grand ambition".

The election was "the kick in the pants that I needed". Ms Peters-Manning is looking to run at the county government level.

It's not Congress, but she says such local governments are important. Mercer County, New Jersey, where she lives, has a $300m dollar budget.

When Ms Wilson thinks about a run in Oklahoma as a young, progressive woman of colour, she sees a difficult road ahead.

"It's likely that I'll lose." she said. "But if we don't make the decision to take these risks now, then how do we tell other women and girls that they should make the leap, too?"

Though Mrs Clinton's loss was a "tough moment", the number of women who have expressed interest in running changes the message, says Ms Loos Cutraro

"If we want to see women have an equal voice in the halls of power... it is up to each and every one of us to do something about it."

With or without a woman in the White House, the US has a disproportionately low share of women in politics.

About 19% of all members of Congress and less than 25% of all state legislators are women, according to CAWP. Just 12% of the nation's governors are female.

The US currently ranks behind 98 other countries in the percentage of women in its main legislative body - putting it behind nations like Saudi Arabia and Pakistan - according to the Inter-Parliamentary Union.

"The day after the election wasn't just for us an issue of rewriting all our post-election messages," says Ms Loos Cutraro. "It was also this realisation that we made little to no gains in the percentage of women serving in elected office from town halls to Congress."

The last time anger appeared to galvanise women to run for office was 1992, according to Ms Walsh.

That year, Anita Hill testified before an all-male Senate Judiciary committee, accusing Supreme Court Justice nominee Clarence Thomas of sexually harassing her while she served as his aide.

She came away from the testimony with a tarnished reputation, while Mr Thomas was confirmed.

But dozens of women successfully ran for office the same year. The number of women in the Senate doubled from two to four and the House of Representatives went from 28 to 47.

Why are so few women running?

For many women, the barriers - both structural and mental - are enough to sit out a political contest.

Research has shown that though women are just as likely to be elected as men, they often think they are not qualified to run for office and are less likely to be encouraged to do so.

Among college students in a 2013 study, men were twice as likely as women to say they would be qualified for office later on.

And perhaps more visibility is needed to make a difference.

Amelia Showalter, a political consultant and former director of digital analytics for President Barack Obama's 2012 campaign, found electing a woman to a high office such as a governor or US senator was linked to a 2-3% increase in female representation in their state legislature four years later.

Still, this year's bitterly divisive election has some concerned whether more women will actually want to subject themselves to a political run where sexism is front and centre. But Ms Walsh remains encouraged.

"Women are actually defying the idea that women won't want to be engaged because it's so ugly," Ms Walsh pointed out. "That in fact what they want to do is step up even more."

This year has seen one bright spot for political women's representation - 38 women of colour were elected to Congress, the largest number ever.

As Ms Walsh points out, the number of minority female women serving in the Senate at the same time has never been more than one.

"We have to find more of the women who are willing to step out because frankly, it is not until we see critical mass of women or equal representation that we will change that culture in a meaningful way." Ms Loos Cutraro said.

"Our job now is to keep moving forward."