Will Tunisia's municipal elections change anything?

Will Tunisia's municipal elections change anything? 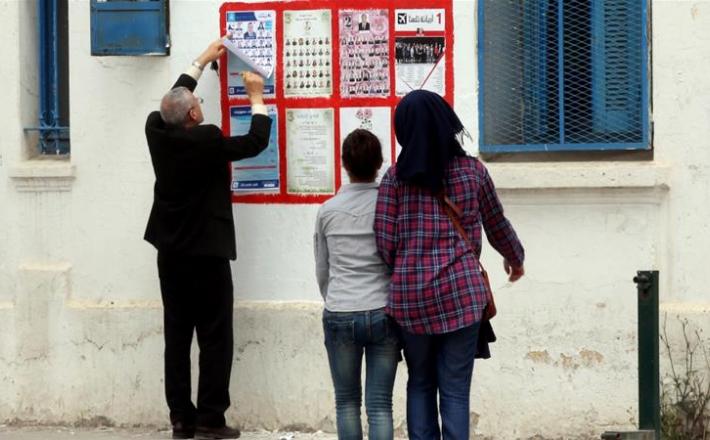 Tunisians will head to the polls on May 6 to vote in the country's first free municipal elections since the removal of President Zine El Abidine Ben Ali and his government in 2011.

Having been postponed four times, the elections come as a relief to many Tunisians who, at times, have seen some of the most basic services disrupted as a result of the political uncertainty that followed the revolution. […]

Not all is doom and gloom in the North African state. A law on local elections adopted in early 2017 - a long and tedious process first announced in 2014 - provides for unprecedented levels of participation for youth, women and disabled people.

In addition to alternating between men and women within party lists, the new regulations require that both genders be equally represented at the top of these lists.

This is in response to flaws in previous parity systems where political parties ended up presenting male candidates at the top of their lists followed by female candidates - satisfying only basic tenets of parity - out of fear that female candidates were not popular enough to propel their parties to power.

Still, Aliriza thinks parity systems are not bulletproof, and there are still ways for politicians to hack the system.

"In practice, 'gender parity' does not mean literally what it suggests. For example, many parties may run women as heads of lists in areas they believe they will likely lose anyway, so female representation may end up being higher than it would have been without the 'gender parity' laws but still not actual parity."

The election authority did not hesitate to take action where the new gender criteria had not been met and proceeded to issue stern warnings to Ennahda and Nidaa Tounes when they committed one and 14 irregularities respectively.