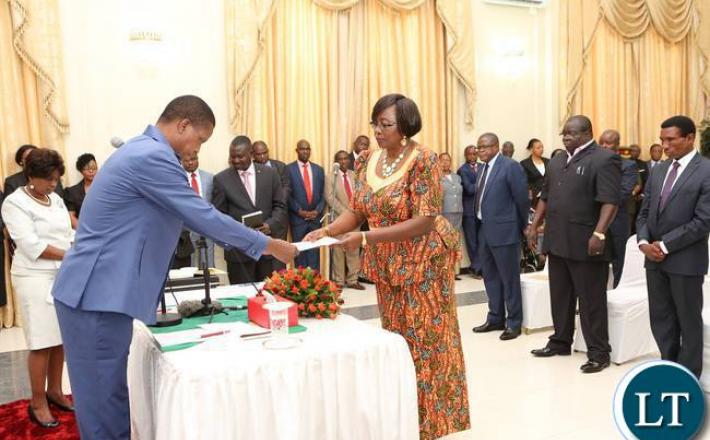 The Zambia National Women’s Lobby has hailed President Edgar Lungu for observing gender parity in his appointment of Cabinet Ministers so far.

Lobby Executive Director Juliet Chibuta in a statement issued to the media observed that seven women have been appointed out of the 16 cabinet ministers that the President has appointed.

Ms Chibuta said the development is a step in the right direction towards the attainment of gender equality in top leadership positions in the country.

She called on President Lungu to continue on this path even as he appoints the remaining 14 cabinet Ministers as provided for in the constitution.

She said the inclusion of women in all leadership positions will have a positive impact on the setting of priorities for national development.

Mrs. Chibuta also said the appointment of many female Cabinet Ministers and the increase in the number of women elected at local government and parliament level in the just ended election will improve Zambia’s ranking with regards to representation of women in political decision making positions.

She has since congratulated all the women who have been appointed as cabinet ministers and has urged them to utilize the opportunity to advance gender equality by facilitating gender equity in their respective ministries.