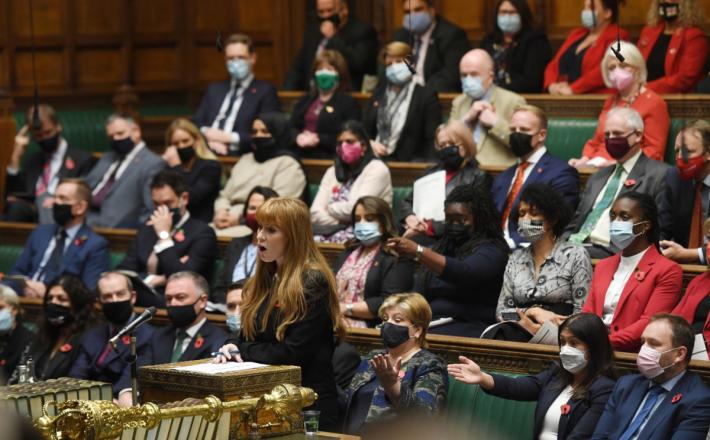 LONDON (AP) — Women from across British politics called Monday for action to tackle misogyny after a newspaper ran a story accusing the deputy opposition leader of trying to “distract” the prime minister during debates by crossing and uncrossing her legs.

The Mail on Sunday quoted an anonymous Conservative lawmaker as saying Labour Party Deputy Leader Angela Rayner tried to throw Conservative Prime Minister Boris Johnson “off his stride” as she sat across from him in the House of Commons. The article called it “a fully-clothed Parliamentary equivalent of Sharon Stone’s infamous scene in the 1992 film ‘Basic Instinct,'” in which Stone distracts police interrogators while wearing a short skirt.

Click here to read the full article published by PBS on 25 April 2022.