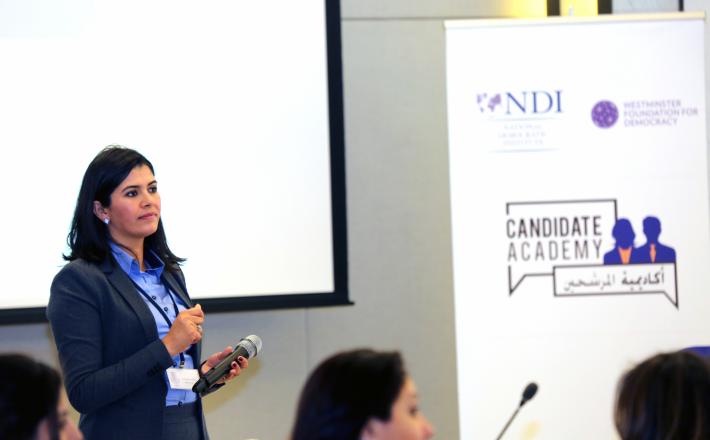 Lebanon is the oldest democracy in the Middle East, granting women the right to vote and run for office in 1953. So why, more than six decades later, does Lebanon have so few women in its parliament? According to the Inter-Parliamentary Union (IPU), Lebanon ranks 185 out of 193 countries surveyed with only 3 percent of women in its 128-seat parliament. This low rate is not for lack of qualified women. Women now account for more than half of university graduates in Lebanon and can be found in senior level positions in the private sector, civil society, and academic institutions.

Parliamentary elections, widely anticipated in the next year, are an opportunity to address this woeful imbalance in the political field. The National Democratic Institute (NDI), in collaboration with the Westminster Foundation for Democracy (WFD), held a boot camp for 46 potential women candidates over the first weekend in April to launch the Candidate Academy program sponsored by the British Embassy in Beirut. The program aims to provide practical skills and advice to first-time candidates seeking office in Lebanon.

Click here to read the full article published by NDI on 17 April 2017.