Women on the frontlines of Thailand’s democracy movement

Women on the frontlines of Thailand’s democracy movement 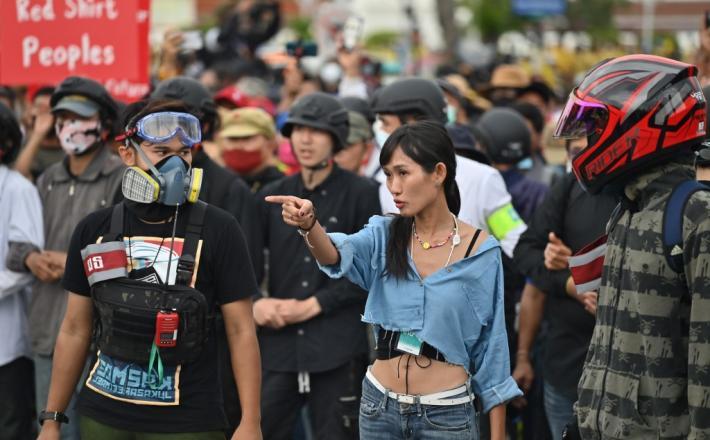 On the protest frontlines, they are urging for gender equality in a kingdom where workplaces and politics are still dominated by men.

On the night police tried to stop protesters from marching to the Thai parliament, activist Chonticha Jangrew remembers rallying them to push past the barricades.

“We cut the barbed wire, we approach the parliament as close as we can. We won’t back down,” she recounts herself saying during the November rally.