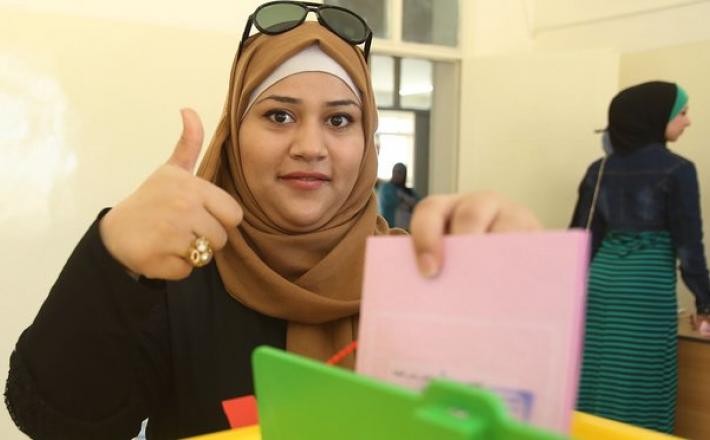 Women’s rights campaigners in Jordan believe the country is slowly moving towards more progressive political representation after female MPs won 20 of 130 seats in parliamentary elections on 20 September, compared with 18 out of 150 in the previous parliament. The growing relevance of women in Jordanian politics, evident in campaign posters clustered at roundabouts and lining roadsides countrywide in the buildup to polling, was reflected in a contest that featured 252 female candidates, the highest number to date.

Under the new electoral law, passed last year, Jordan has been divided into 23 districts. Citizens select from competing lists in their constituency and vote for individual candidates from the same ticket. There is a minimum quota of 15 female members of parliament, at least one from each governorate. “For the first time, we had a large number of female candidates, [with] men and women running together in partnership,” said Amer.

Women appeared in all but six of the 226 party lists, including those of Islamist groups. The increased number of female candidates was accompanied by a vital shift in the perception of women. In the buildup to the election, coalitions anxious to tap into the female vote scrambled to incorporate a woman on their lists. Several all-male groups, slower to recognise the increased advantage of aligning with women, returned after the first day of registration to add a female face.

In terms of female representation in parliament, Jordan still lags behind other countries in the region, ranking 13th in the Arab world and 141st globally, according to research conducted by Sigi. “This is not something that one election can solve,” said Asma Khader, prescribing a “long process of activism” and greater “involvement of women in public and political life.”

Click here to read the full article reported by The Guardian.