Women rally across Belarus as thousands detained in post-election protests

Women rally across Belarus as thousands detained in post-election protests 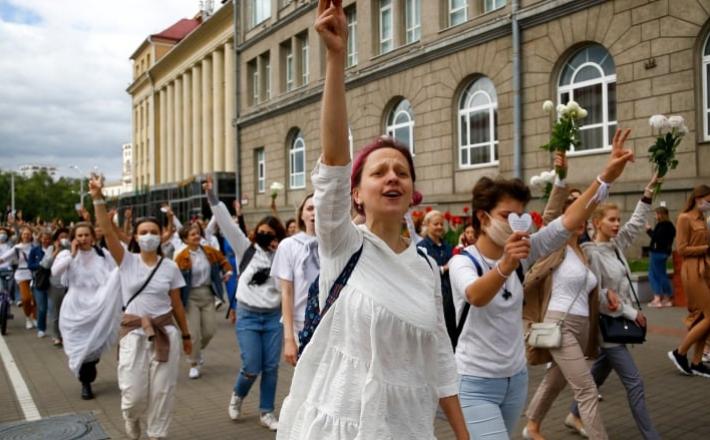 Hundreds of women rallied across the capital of Belarus on Wednesday to protest a brutal police crackdown that has left hundreds injured and thousands detained while challenging election results extending the 26-year rule of the country's authoritarian leader.

In several parts of Minsk, groups of women formed human chains, chanting "Shame!" and calling for an end to the crackdown in a bid to soften the ruthless official response to peaceful protests. Hesitant to use force against all-women rallies, police dispersed them without violence.

Protesters are contesting the official count showing President Alexander Lukashenko winning a sixth term with 80 per cent of Sunday's vote and the main opposition challenger garnering 10 per cent. Crowds have taken to the streets every night since to demand a recount.

Click here to read the full article published by CBC on 12 Agost 2020.