Women ready to run for office in Egypt

Women ready to run for office in Egypt 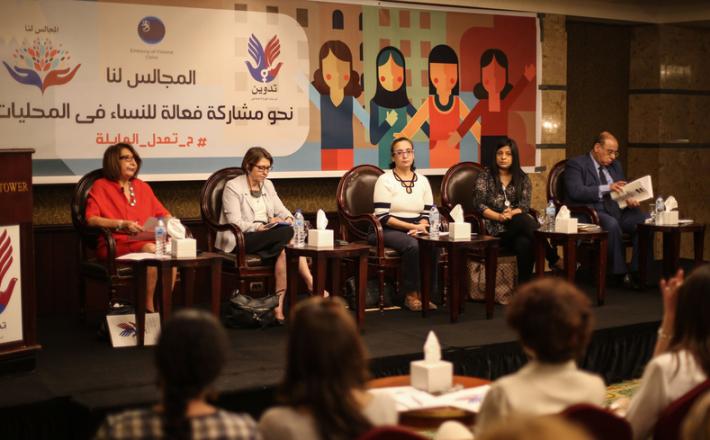 CAIRO — Egypt has yet to pass a law needed to hold local elections, but hundreds of women will not be wallflowers waiting for an invitation to run for office. Thanks to an initiative dubbed “The Councils Are Ours,” potential candidates will be prepared when the elections are finally held for the first time in eight years.

The Tadwein Gender Research Center's program is designed to support women's participation in local council elections. During a conference at the end of April, the women who received training last year were introduced. So far, the project has groomed 320 women in seven of Egypt's 27 governorates. That might seem like a drop in the bucket — considering the Egyptian Constitution allots a quarter of local councils’ roughly 64,000 seats to women — but the impetus could increase exponentially.

Hantish told Al-Monitor the women's education stretches over a year and includes discussions with female decision-makers in parliament such as Nadia Henry and Manal Maher. This could help more women provide input into the pending legislation on local council administration.

Click here to read the full article published by Al-Monitor on 16 May 2018.