Women representation in parliaments in Asia

Women representation in parliaments in Asia 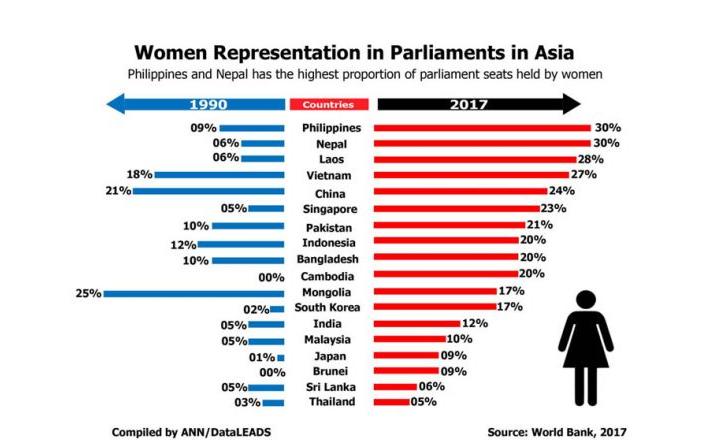 NEW DELHI (DataLEADS/ANN) - Philippines and Nepal has the highest percentage of parliamentary seats held by women.

Philippines and Nepal has the highest number of women parliamentarians in Asia with 30% women legislatures in both the countries. It is significant jump for both the countries from 9% and 6% a decade back respectively.

Laos has a total of 28% of women in parliament while Vietnam follows closely with 27% of women parliamentarians.

China hasn’t progressed much from a decade back as compared to rise in other countries. It has increased the political participation for women only by 4 per cent. In 1997 the Chinese parliament had 21% women representation while as in 2017 it just rose to 24%.

It is followed by Singapore with 23% women and 21% in Pakistan. Bangladesh has 20% women participation.