Women Step Up for State Office

Women Step Up for State Office 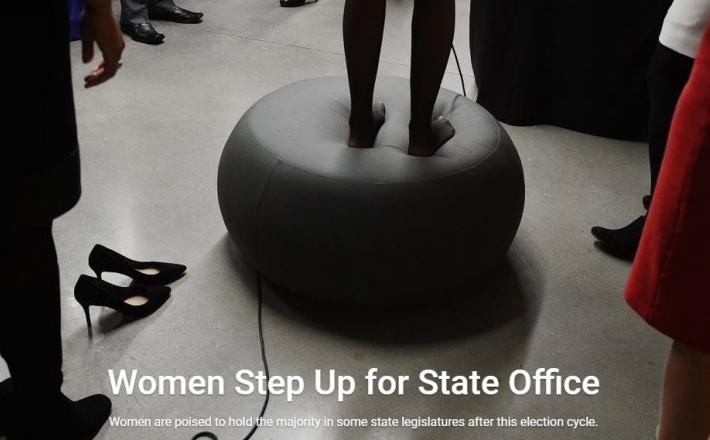 Nevada and Arizona could make history this fall, with both states positioned to elect the first female-majority legislative chambers in the nation's history.

Nationally, campaign operatives say they cannot name a single state that does not have a record number of women running for state legislatures, and female candidates alone could flip party control of at least seven legislative chambers. The stage is set for a historic year for female political power at a time when state governments are filling the power vacuum left by a feuding Congress.

The candidates include teachers, businesswomen, military veterans and lawyers. Some are single mothers, and many are first-time candidates. Some have been inspired by the #MeToo movement, which has unleashed an outpouring of complaints from female legislators, lobbyists and staffers of sexual harassment, abuse and toxic work environments in America's statehouses. Some want to focus more on health and family issues they believe legislatures are ignoring. They are Democrats, Republicans and independents, representing a wide array of views on issues.

The women share one mission: to break up the old boys' clubs they see in the nation's statehouses and bring in more female perspectives.

Click here to read the full article published by US News on 2 May 2018.