World Mayor Prize: Mayor Tri Rismaharini will receive the World Mayor Commendation for services to the City of Surabaya, Indonesia.

World Mayor Prize: Mayor Tri Rismaharini will receive the World Mayor Commendation for services to the City of Surabaya, Indonesia. 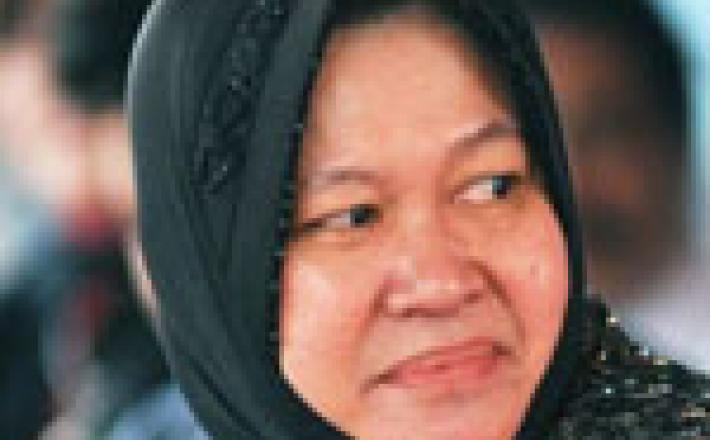 Second runner-up and winner of the World Mayor Commendation for services to the city of Surabaya is Mayor Tri Rismaharini. After the election of Jakarta Governor Joko Widodo to Indonesia’s presidency, Mayor ‘Risma’ has become the country’s most talked about city leader. She has attracted national and international attention for energetically promoting her social, economic and environmental policies in Indonesia’s second-largest city.

When Tri Rismaharini was first elected Mayor in 2010, Surabaya, although rich in history, was a city neglected by successive governments. It was then described as a concrete dumb. Mayor Risma’s policy has been to make the most of empty land and open spaces. There are now eleven major parks in Surabaya, all with different themes. Many parks also provide Wi-Fi access and include libraries, fitness and other sports facilities. Surabaya has also enlarged other open spaces such as cemeteries so that they serve as water absorption space - unlike Jakarta, the city had not had any serious flooding for three years - and has added green lanes along main roads and created city forests.

Tri Rismaharini often talks of the need to govern not only for the people but also with the people. “A city must be first and foremost be a home for its citizens.” She learnt from the experience of other fast-growing cities in Asia and Europe that massive new developments can alienate people. The Mayor is therefore keen to match built development with social programmes. Early in her time in office, brothels in some areas of the city were converted into kindergartens and abandoned petrol stations into children playgrounds.

To read some testimonials about the work of Tri Rismaharini.