The world's youngest Minister at the Global Women's Forum Dubai

The world's youngest Minister at the Global Women's Forum Dubai 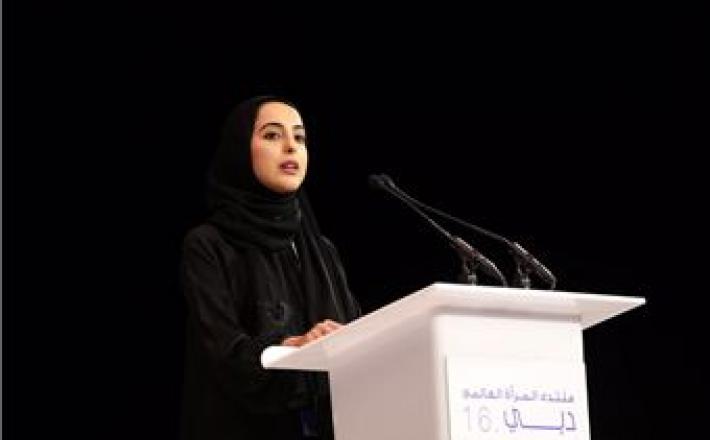 The Global Women’s Forum Dubai 2016 was held at the Madinat Jumeirah on February 23 and 24, under the patronage of His Highness Sheikh Mohammed bin Rashid Al Maktoum, Vice-President and Prime Minister of the UAE and Ruler of Dubai; and led by Her Highness Sheikha Manal bint Mohammed bin Rashid Al Maktoum, President of the UAE Gender Balance Council and President of Dubai Women Establishment. The Forum was organized by Dubai Women Establishment in cooperation with the Women's Forum for the Economy and Society. Speaking at the Forum, Shamma Al Mazrui, who recently became the world's youngest Minister after her appointment as Minister of State for Youth Affairs, paid tribute in her first public address as cabinet member to the leaders of her country for their support in empowering women. She quoted His Highness Sheikh Al Maktoum by saying that “we are past the stage of empowering women in society, we are now at the stage of empowering society through women”. Watch her first speech (in Arabic) as the world's youngest minister here. For more information, click here.