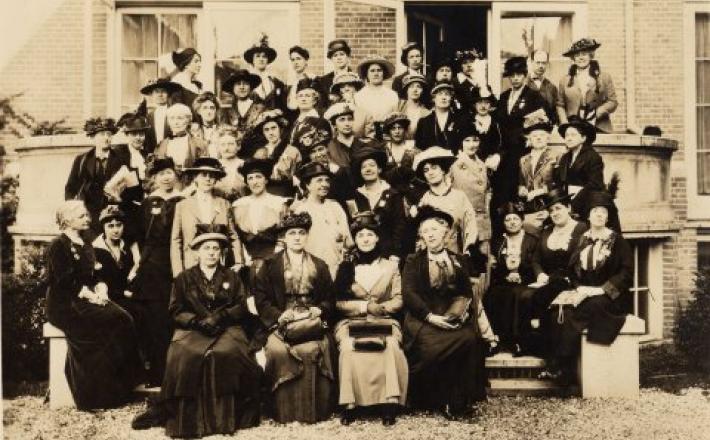 My grandmother, Lola Maverick Lloyd, was among 47 American feminists who sailed to the Netherlands in April of 1915 in hopes of stopping World War One.  She and her peers were answering the call of a Dutch physician, Aletta Jacobs, who pleaded with them to come join women from both sides of the conflict for a conference at the Hague. In total, 1,300 women from twelve countries answered Jacobs’ call, and during a four day conference they collectively raised their voices against the unbelievable carnage taking place at that moment 104 miles away in Ypres, Belgium. After mourning the young men who had lost their lives on the battlefield, Jacobs said, "we feel that we can no longer endure in this twentieth century of civilization that government should tolerate brute force as the only solution of international disputes."