Youth leaders gather for the first Youth Forum at the CSW

Youth leaders gather for the first Youth Forum at the CSW 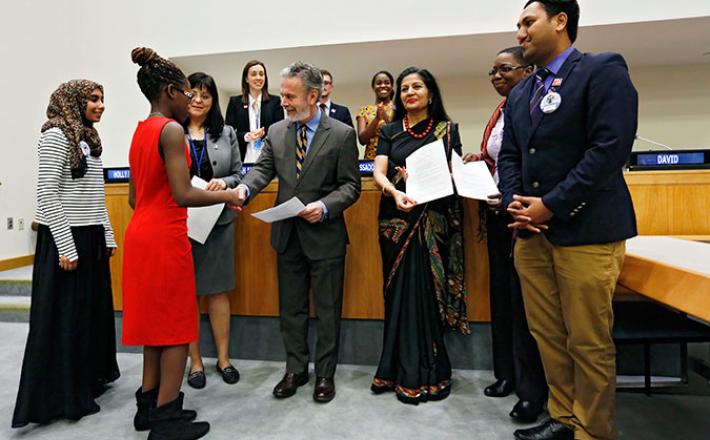 On March 11 and 12, 2016, the first ever Youth Forum at the Commission on the Status of Women (CSW) was held in New York. Organized by UN Women, YWCA, the UN Inter-agency Network on Youth Development's Working Group on Youth and Gender Equality and partners, the two-day forum gathered over 300 participants from all over the world who are active and engaged in the implementation of the 2030 Sustainable Development Agenda and specifically in achieving gender equality. The key outcome of the two-day meeting was the development of a set of “Youth-Agreed Conclusions” for the implementation of the 2030 Agenda. At the end of the conference, the Conclusions were presented to the Chair of the CSW60, Brazilian Ambassador to the United Nation in New York H.E. Antonio de Aguiar Patriota. For the first time ever, a youth representative also made a statement at the opening session of CSW60, on 14 March, highlighting the role of youth in achieving the 2030 Agenda. See more on this here.