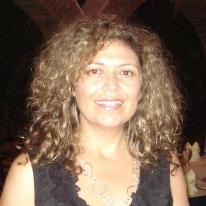 Bolivian defender of women’s political rights, she has a degree in economics with a master’s level specialization in finance from the Bolivian Catholic University.  She has completed various courses and diplomas, both national and international, in the areas of Public Service Management; Promoting Community Development; Participation, Administration and Planning of Municipal Projects; and Gender.  For three years, she was the project manager and primary person in charge of programs for microcredits and SMEs directed at women.  Given her experience over the span of fifteen years, her work is primarily oriented toward economic, political and social analysis, including the issue of gender, female associativism and municipal development, as well as the design and implementation of public policy, empowering women to participate and defend their rights in politics and gender equality in municipal management.

During her work as Executive Director of the Association of Bolivian Councilwomen (ACOBOL), she had conducted several studies, contributing to the quantitative and qualitative development of women’s political participation at the local level.  Among her primary contributions is her pioneering research – now internationally recognized – on political harassment and violence toward women in public office at the municipal level, in which she identified and classified discriminatory practices in municipal management, as well as her writings on motives and various studies on the defense of women’s political rights in the political arena.