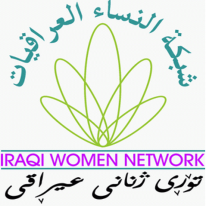 On the twenty-fifth day of November, which was endorsed by the United Nations since 1999, the international day for the Elimination of violence against women, the 16 Days campaign against violence against women will be launched, it ends on Dec 10th, which marks the International Day of human rights. In the campaign we highlight this dangerous phenomenon, which pose a challenge to obstruct the advancement of societies and development in many areas of life, such as poverty eradication, education, improving health services and environment, gender equality, access to justice and law enforcement institutions. The campaigns also successfully promoted by activists and human rights activists and civil society organizations to take effective measures at the level of Governments and societies to reduce this phenomenon, through the creation of an enabling legal, cultural, social and political acts of violence and discrimination against women.

While Iraqi military forces are in advance to liberate Mosul and other areas controlled by the terrorist organization Daesh (ISIS), Iraqi women in these areas are still facing threats of exploitation by ISIS, using them as human shields to save their own lives. Many of the women in conflict areas are exposed to sexual slavery, trafficking, murder, kidnapping and torture. With the escalation of armed attacks exacerbated the suffering of civilians, especially women and children, opening safe paths, is required to keep them away from dangerous areas, and to secure their temporary stay in a humane manner in camps or other places, as well as to enable families to return to their homes once liberated, and their participation in the process of building stability, peace and re reconstruction in their neighborhoods and city. In this regard, we commend the initiative of the Community for Peace in the province of Nineveh to post Daesh launched by a group of women parliamentarians from Nineveh, which emphasizes the latent energies of the women to restore harmony and community cohesion between different ethnic, religious and ideological and cultural components in the framework of equal citizenship. At the same time, we condemn the despicable media insults to Iraqi women, using them as topic of humiliating news, especially, recently published article by (Alshark Awsat, aawsat.com) Newspaper.

In the coming days, and throughout the 16-days campaign, Iraqi Women Network along with many member organizations in the network, will hold different activities targeting Internally Displaced Women, schools, academics’, security, and media institutions, to raise community awareness on combatting  gender based violence practices, within the family, work and society, including customs, tribal, and religious traditions, child marriage and forbidding female cousins marrying from outside the tribe (Nahwa), using women for compensation in tribal money deals and reconciliation (Fussliya),  and so-called honor killings, marriage and divorce outside courts, and the mobilization of efforts for the advancement of women and child girls and respect for their dignity, as an indicator of development through the following:

1. Increase community participation for young people from both gender in addressing the manifestations and practices of gender based violence, and the empowerment of civil society activists to monitor and document abuses.

2. The allocation of the necessary human and financial resources for the implementation of the emergency plan for Security Council resolution 1325 to provide protection to displaced women and address their humanitarian and medical needs, give them access to education, and to provide psychological, social, economic and legal support, and help them to return to their home areas securely, while ensuring that the financial and human resources of these areas are not subject to demographic change that would destroy the unity of the social fabric of Iraqi people.

3. Provide support in all its forms to the victims who have been subjected to violence by ISIS (Daesh) terrorist, and redress, prosecuting perpetrators at the local and international level, bringing them to justice. Urging the government to join the Rome Statute, and to announce August 15 of each year a national day to condemn the crimes of sexual violence against women in armed conflict, in order not to repeat the tragedy in the future and alleviate the suffering of victims and their families.

4. Mobilize public opinion to urge the House of Representatives for the passing of the Victims of Domestic Violence Act, in order to preserve the dignity of victims, mostly women and children and ensure their protection and the protection of their rights, in furtherance of the principle of citizenship and equality before the law for all citizens without discrimination.

5. Put pressure on government and leaders of political parties to extend the participation of women, in a serious and effective measures, in decision-making positions, including in the negotiations and resolutions for disputes, building peace and security, for national reconciliation and comprehensive reform of the political process.

6. Forming of an Independent National Commission for women's empowerment, which aims to achieve an effective partnership between the various state institutions and civil society organizations and the media in monitoring the implementation of national policies, including the national strategy to combat violence against women, and in order to improve and develop the status of women, as well as raising social awareness of women's rights and the importance of participation and empowerment politically, economically, culturally and socially.