A war against women: The CSW declaration and the Muslim Brotherhood riposte

A war against women: The CSW declaration and the Muslim Brotherhood riposte 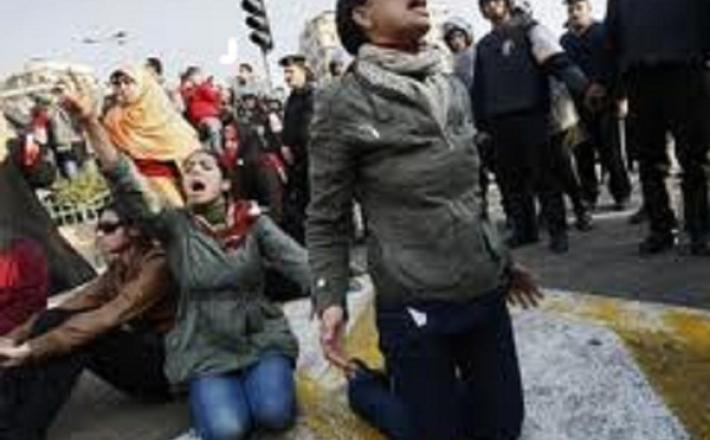 The statement issued by the Muslim Brotherhood in response to the UN Commission on the Status of Women draft Agreed Conclusions on violence against women, is nothing short of an assault on their most basic rights as citizens and human beings, says Hoda Elsadda ,

The 57th session of the Commission on the Status of Women at UN headquarters (4-15 March) which ended with an Agreed Conclusions was particularly eventful, with a group of countries, including Egypt, attempting toroll back some hard-won rights.

On March 14th 2013, the Muslim Brotherhood (MB) in Egypt issued astatement condemning the Commission on the Status of Women (CSW) draft declaration to end violence against women.

The declared rationale of the condemnation was that the CSW document consists of “articles that contradict established principles of Islam, undermine Islamic ethics and destroy the family… [and] would lead to complete disintegration of society, and would certainly be the final step in the intellectual and cultural invasion of Muslim countries.” Admittedly, “saving Muslim women” has been a battle cry since colonial times, and more recently during the military operations  in Afghanistan and Iraq, and has been manipulated to justify invasions. Conversely, the cultural specificity argument of “our women are different”  as well as “we must protect our values” has also been the battle cry of authoritarian Muslim regimes to justify human rights violations and the suppression of rights. The rhetoric is painfully familiar and the aim continues to be the same: using scare tactics to silence your opponents and divert attention from the real issues at stake.