100 years on, politics is where the U.S. lags most on gender equality

100 years on, politics is where the U.S. lags most on gender equality 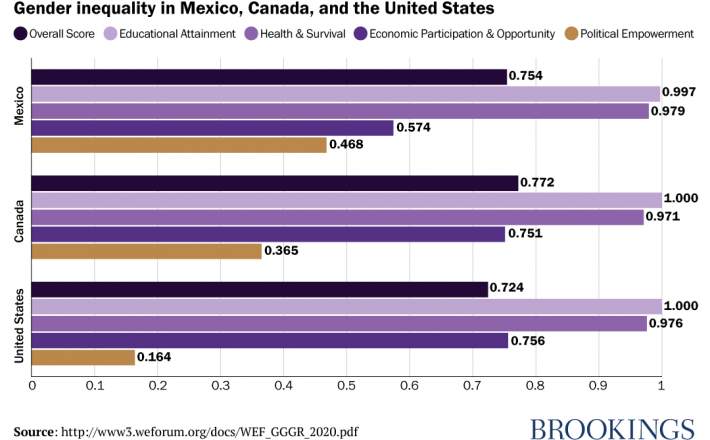 A century on from women winning the right to vote in the U.S., our nation has made huge progress on many fronts. But plenty more is needed—and above all in the political sphere. The U.S. compares badly to most other countries in the world in terms of gender equality in politics—including to our nearest neighbors, Canada and Mexico.

The 2020 Global Gender Gap Report from the World Economic Forum ranks progress toward equality in 153 countries around the world. The U.S. is in a disappointing 53rd place, compared to 25th place for Mexico and 19th place for Canada. WEF calculates gender equality in each country based on four equally weighted domains: educational attainment, health and survival, economic participation and opportunity, and political empowerment. WEF calculates the degree of gender equality in each domain, drawing on a range on indicators for each, where each indicator ranges from 0 to 1, with 1 indicating parity.