Empowering Women in Politics on a Global Scale

Empowering Women in Politics on a Global Scale 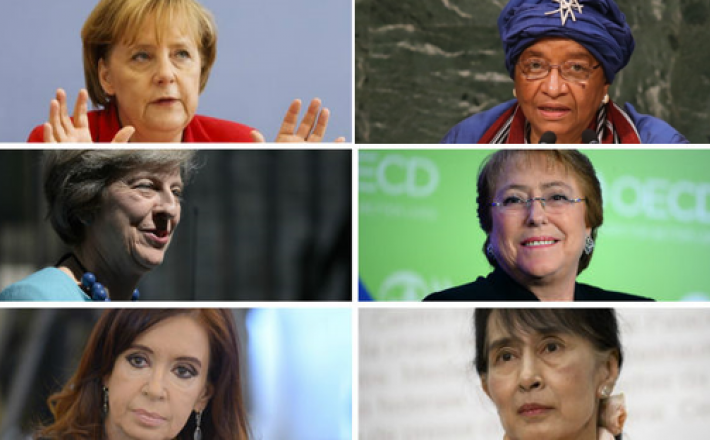 What is women’s global political empowerment? In 2015, we began a cross-national and inter-disciplinary discussion of these concepts and are publishing resulting work in an edited collection Alexander, Bolzendahl, and Jalalzai (forthcoming)[1]. As we have continued to develop these ideas, we define women’s global political empowerment as the enhancement of assets, capabilities, and achievements of women to gain equality to men in influencing and exercising political authority worldwide. This definition builds from important previous work on gender, empowerment, and development (Kabeer 2005). First, empowerment denotes a process of transformation from a position of no or limited agency to one of greater agentic opportunity and effectiveness. This captures the transformative essence of empowerment processes writ large. Importantly, it incorporates the systematic marginalization of women as a group from access to and achievement of equal levels of political influence, representation, and integration. Second, we focus on the fact that women’s political empowerment is achieved as part of a political process, not at one particular moment (e.g., women reaching 50% of the legislature). Political empowerment goes beyond the power enjoyed by particular individuals by shedding light on power configurations positioning groups, and recognizes political authority as the legitimate access to state mediated power.  Third, women’s political empowerment distributes power more evenly between men and women and undermines entrenched patterns of gender inequality across a broad range of economic, familial, and social institutions.

While the challenges are steep, there is a great deal of positive momentum toward expanding measures of women’s political empowerment worldwide. Data from sources such as the World Bank, the Inter-Parliamentary Union (www.ipu.org); and the UN Women program (www.unwomen.org) are slowly prioritizing measures related to gender, women’s empowerment, and politics. Mirroring the construction of gender as a social structure with individual, interactional, and institutional levels, measures of women’s empowerment must consider women’s individual capacities and opportunities (e.g., political knowledge, access, rights), community-based factors (e.g., political mobilization, campaigning, local representation), and broader arenas (e.g., women’s election nationally, women’s lobbies and political organizations, women’s power and leadership in office). While the bulk of available information relates to women’s formal political power (i.e., election to national office), our collection of research will expand this, for example in including cross-national measures of women’s election to local council, approaches to include women’s committee and caucus memberships, frameworks for linking women’s rights and emancipative values in survey research, broadening international data on women’s executive leadership, and  measures of the intersection of gender and minority status worldwide. Moving forward on these measurement issues requires collaboration across disciplines and a commitment by organizations and their resources to prioritize the collection of such data and share it widely.

We argue that we need to still better understand women’s elite involvement and influence.  The majority of prior work on elites charts cross-national and longitudinal trends in women’s presence in national legislatures.  While women’s presence in legislatures has grown over time, women still remain vastly underrepresented in most countries worldwide.   Comparative research on cross-level trends in women’s office-holding also shows that women’s incorporation varies considerably (Bolzendahl 2014). Thus, women’s presence at the national level should not be taken for granted as an indicator of similar achievements in other levels of office-holding. As a point of comparison, we briefly analyze women holding national executive positions (prime ministerships, presidencies, or equivalent posts).

While the current world average of women in parliaments is 23 percent (www.ipu.org) and thus still quite low, compare this to the percentage of women holding executive office. A mere six percent of all executives in power in 2017 worldwide are women.  A record year for women would only require 20 women to hold power simultaneously. Even in this scenario, women would comprise less than eight percent of all executives. More stunning is that the numbers of women leading their countries is actually declining rather than increasing[2].  While quantities can indicate some important aspects of political empowerment, we must also account for quality of position and influence of the country. Women, compared to their male counterparts, more often ascend to relatively weak executive posts and gain offices through appointment as opposed to popular election (Jalalzai 2013).  Even with high profile female executives such as German Chancellor Angela Merkel (consistently ranked as the world’s most powerful female leader by Forbes Magazine) women still rarely lead more visible countries on the world stage. No doubt, media interest in women in executive power increased as Hillary Clinton’s election as the first woman president of the United States seemed likely. Given her loss and other setbacks for women including the impeachment of two sitting female presidents--Dilma Rousseff of Brazil and South Korea’s Park Guen-hye--it is fair to say that 2017 has not started out as a banner year for women executives.  Focusing only on women in national legislatures, therefore, neglects key alternative arenas where women gain in decision-making authority that may be even more influential, including women’s presence including executive positions, but also positions of party leadership, in the courts and security forces.

Our work also suggests the need to incorporate more work on political empowerment of average female citizens since this may strongly influence elite behavior, such as the provision of entitlements, especially those supporting gender equality (Alexander and Welzel 2011). Therefore, average female citizens’ level of political motivation and participation as well as the strength of women’s advocacy networks are fundamental to women’s political empowerment.

Overall, our research on identifies a number of key conceptual issues and opportunities for further developing definitions of women’s political empowerment worldwide. In particular, we see that a critical mass of scholarship exists that provides the launching point for research to expand globally and rethink conclusions across geo-political areas. Through continued work and data collection, a broad theoretical framework can emerge to understand how women have gained fuller access to political power and where challenges toward equality remain.

Kabeer, Naila, 2005. "Gender Equality and Women's Empowerment: A Critical Analysis of the

[1] We thank the Thyssen Foundation for support of our conference in Cologne, Germany, 2015.

[2] Currently, only 15 women hold executive posts. In the previous year, 19 women held executive power.  Excluded from analysis women occupying positions not conforming to presidential or prime ministerial office such as collective executives (as in San Marino or Bosnia etc.).Leaders of non-autonomous countries are also omitted since ultimate authority lies with another government.  Since Taiwan’s independence from China is contested, President Tsai is excluded. A small number of women served in both prime ministerial and presidential capacities in the same country. Others led officially as interim leaders prior to securing more permanent appointments. Since the unit of analysis is the woman leader, they are not considered separate cases. In instances where the same woman held two different types of executive positions, they are analyzed in the position they held longer. Farida Jalalzai compiled cases of women leaders from the Worldwide Guide to Women in Leadership, Zarate’s Political Collection and different media articles.