A Seat at the Table: The Fight for Gender Parity in Kenya and Somalia

A Seat at the Table: The Fight for Gender Parity in Kenya and Somalia 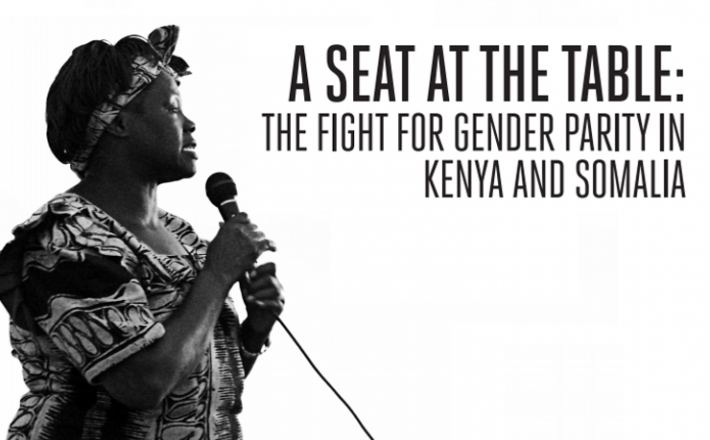 For women across the world, electoral politics can be a hostile and violent place. Women who stand for office can expect casual sexism and discrimination, ranging from snide remarks about their appearance to being propositioned by their male colleagues. In some countries, this psychological violence escalates to physical violence in which men seek to make the public sphere so inhospitable for women that they disengage from electoral politics.

Writer Nanjala Nyabola investigates in this paper the parliamentary quota systems in East Africa and demonstrates how well quotas can work when supported with institutional will and how resoundingly they can fail when patriarchal political spaces conspire to undo them. All of the eight countries that are traditionally thought to make up East Africa—Kenya, Uganda, Tanzania, Rwanda, Burundi, Somalia, Ethiopia, South Sudan—have quotas entrenched in their electoral systems.These quotas take different shapes however.