Violence against women in elections in Haiti: An IFES assessment

Violence against women in elections in Haiti: An IFES assessment 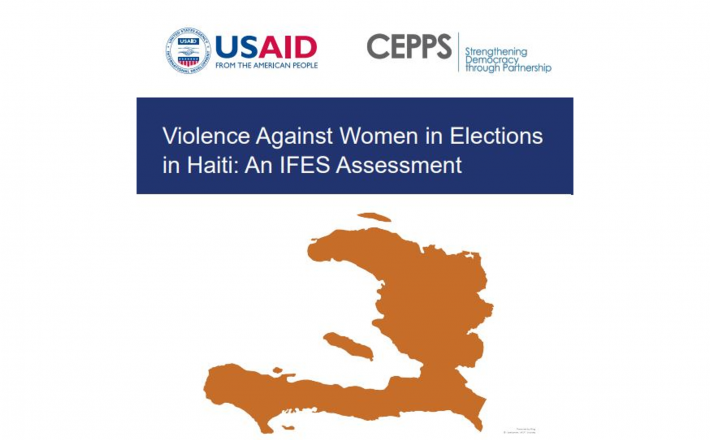 Women comprise almost 53 percent of the population in Haiti. Yet, this numeric majority does not translate into effective political representation. Only three seats out of the 119 in the Chamber of Deputies are currently occupied by women. In the Senate, there is only one woman among the 30 senators. These figures place Haiti in the uncomfortable 185th position in the Inter-Parliamentary Union's ranking by women's representation in parliament.

The reasons for women's weak representation in Haitian politics are deeply rooted in social norms and the widespread incidence of violence against women in elections (VAWE), which the International Foundation for Electoral Systems (IFES) defines as "any harm or threat of harm committed against women with the intent and/or impact of interfering with their free and equal participation in the electoral process during the electoral period."