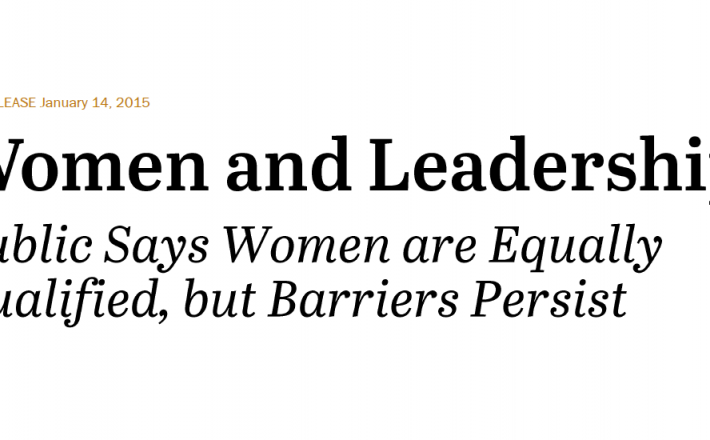 This report explores public attitudes about gender and leadership with a particular focus on leadership in U.S. politics and business. The analysis is based on two new Pew Research Center surveys. In addition to the surveys, this report draws on data from a variety of sources to document women in leadership positions in politics (national and state levels) and in business with trends over time. 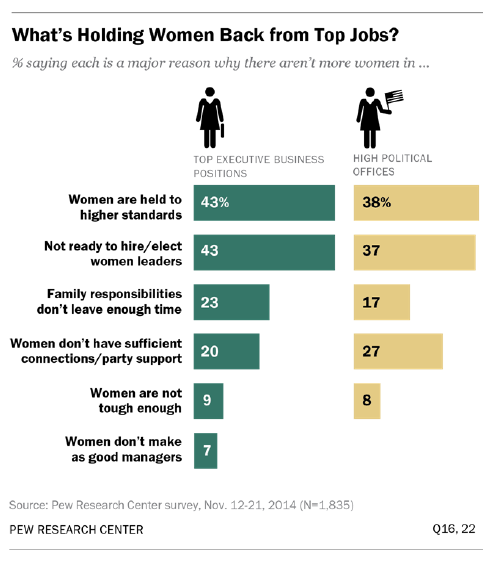 According to the majority of Americans, women are every bit as capable of being good political leaders as men. The same can be said of their ability to dominate the corporate boardroom. And according to a new Pew Research Center survey on women and leadership, most Americans find women indistinguishable from men on key leadership traits such as intelligence and capacity for innovation, with many saying they’re stronger than men in terms of being compassionate and organized leaders. So why, then, are women in short supply at the top of government and business in the United States? 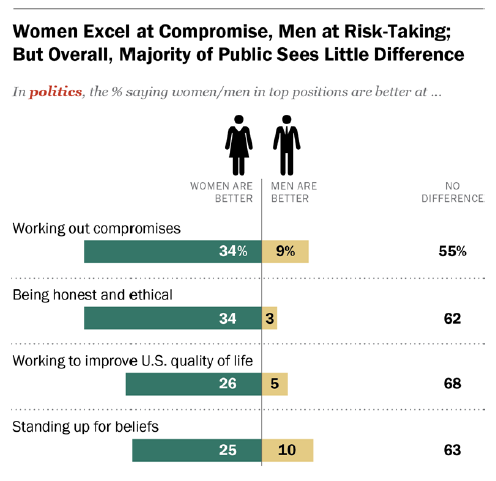