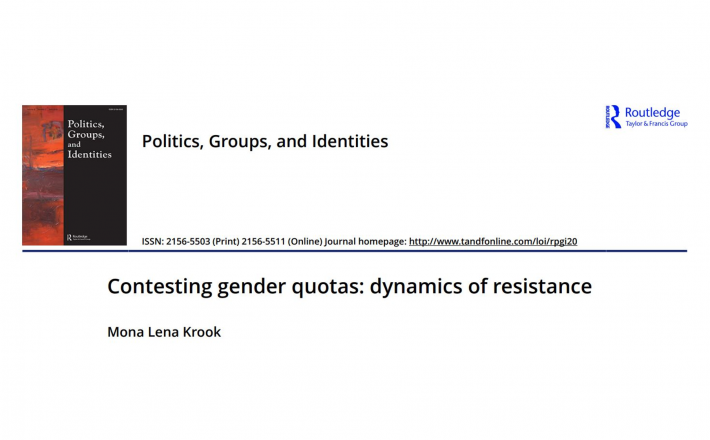 Gender quotas have diffused rapidly around the globe in recent decades, suggesting widespread and dramatic transformations in women's access to political power. Yet, quotas often face serious challenges following their introduction, resulting in a gap between quota requirements and electoral outcomes. To explore these dynamics, this article develops a theoretical account of how and why political elites resist the changes called for by quota reforms. It argues that three tools predicated upon women's exclusion from the political sphere – false universalism and political principles, male power and political survival, and gender and leadership norms – are often mobilized to render quotas illegitimate, making resistance understandable and, indeed, even desirable on a host of grounds. The article then catalogues trends in resistance at different stages of the electoral process, integrating materials from case studies around the world – and exposing a wide range of strategies, often creative, to subvert the impact of quota policies. Adopting gender quotas may thus be only the beginning – rather than the end – of a long and contested process to empower women as political actors.