Exclusion or interests? Why females in elected office reduce petty and grand corruption

Exclusion or interests? Why females in elected office reduce petty and grand corruption 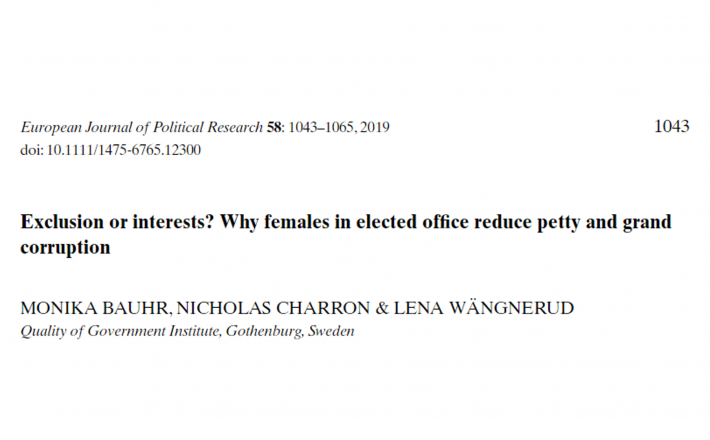 Disappointed by the numerous failures of anticorruption reforms, international organisations, scholars and policy makers increasingly place their hopes on measures aimed at enhancing gender equality and in particular increasing the inclusion of female representatives in elected assemblies. Yet most studies to date focus on aggregate measures of corruption and fail to explain why the correlation between women's representation and levels of corruption occurs. Using newly collected regional‐level, non‐perception‐based measures of corruption, this study distinguishes between different forms of corruption and shows that the inclusion of women in local councils is strongly negatively associated with the prevalence of both petty and grand forms of corruption. However, the reduction in corruption is primarily experienced among women. This suggests that female representatives seek to further two separate political agendas once they attain public office: the improvement of public service delivery in sectors that tend to primarily benefit women; and the breakup of male‐dominated collusive networks.