Gender quotas: One of the key mechanisms to address the overrepresentation of men in positions of political leadership

Gender quotas: One of the key mechanisms to address the overrepresentation of men in positions of political leadership 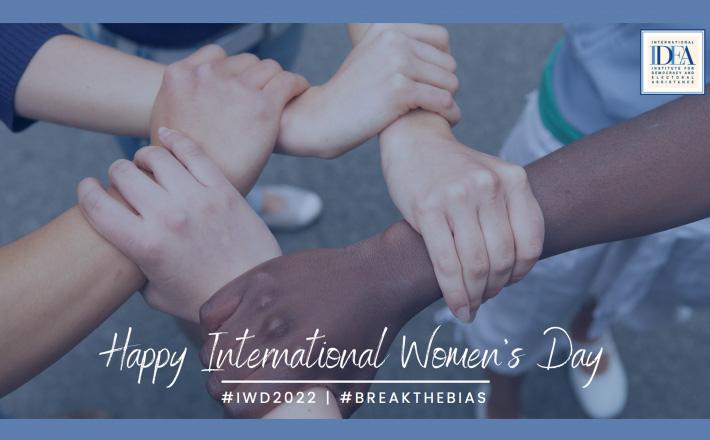 In most societies across all parts of the world, gender inequalities and discrimination against women remain deeply entrenched as societies are characterised by systems, processes and practices marked by gender based discriminatory mindsets.

The need for the systemic transformation of socio-cultural attitudes and practices, legal and political systems and processes, gender stereotypes and negative narratives channelled through the various forms of media is an imperative for achieving gender equality and the empowerment of women in all their diversity.

Women’s empowerment in all the spheres of life cannot be achieved without the active engagement of men and boys in challenging and questioning the rigid gender norms, and unequal gender power relations that support and maintain gender inequalities. This is due to the fact that social norms and gender stereotypes also hinder men and boys in fulfilling their societal and family roles. It is critical that men and boys engage in advocating for gender equality and women’s empowerment. Beyond the rhetoric engagement in advocacy, men in all their diversity should lead through practical examples on respecting and promoting the rights and strategic interests of women and girls.

Global evidence abounds to show that equal rights that exist in law can be denied in practice as these rights are not always translated into substantive gains/reality.  For instance, despite many countries passing laws to combat violence against women, weak enforcement and discriminatory social norms remain significant problems[1].  Hence, in several countries, women’s ability to stand for elective positions of power and decision making is restricted by political violence and conflict, gender-based violence as well as cultural barriers, which are sceptical about women’s decision-making capacity and are unsupportive of women’s participation and leadership.  In addition, in all regions of the world, women continuously encounter several forms of violence, such as sexual harassment in public spaces, online violence-cyberbullying and cyberstalking which prevent women from enjoying their full human rights.

Gender quotas are both popular and controversial

It is increasingly evident that gender quotas are one of the key mechanisms for addressing the gender representation gap at all levels in politics, political leadership and decision making. A total of 133 countries in all regions of the world have constitutional, electoral or political party quotas and there is no ‘one size fits all’ mechanism. The average level of representation for women in the parliaments or legislatures of countries with quotas is 27 per cent, although women in all their diversity usually constitute 50 per cent of any given country’s population.

If the world was gender fair, there would be no need for gender quotas

The inclusion of a stand-alone goal to “achieve gender equality and empower all women and girls” SDG 5 and the related target 5.5 “Ensure women’s full and effective participation and equal opportunities for leadership at all levels of decision-making in political, economic and public life”, attest to the evident global consensus that gender equality and the empowerment of women in all their diversity remains an after sought global goal.

Furthermore, gender quotas are anchored in the UN Convention on the Elimination of All Forms of Discrimination against Women (CEDAW), in particular, Article 7 as well as in the Beijing Platform for Action (PfA). 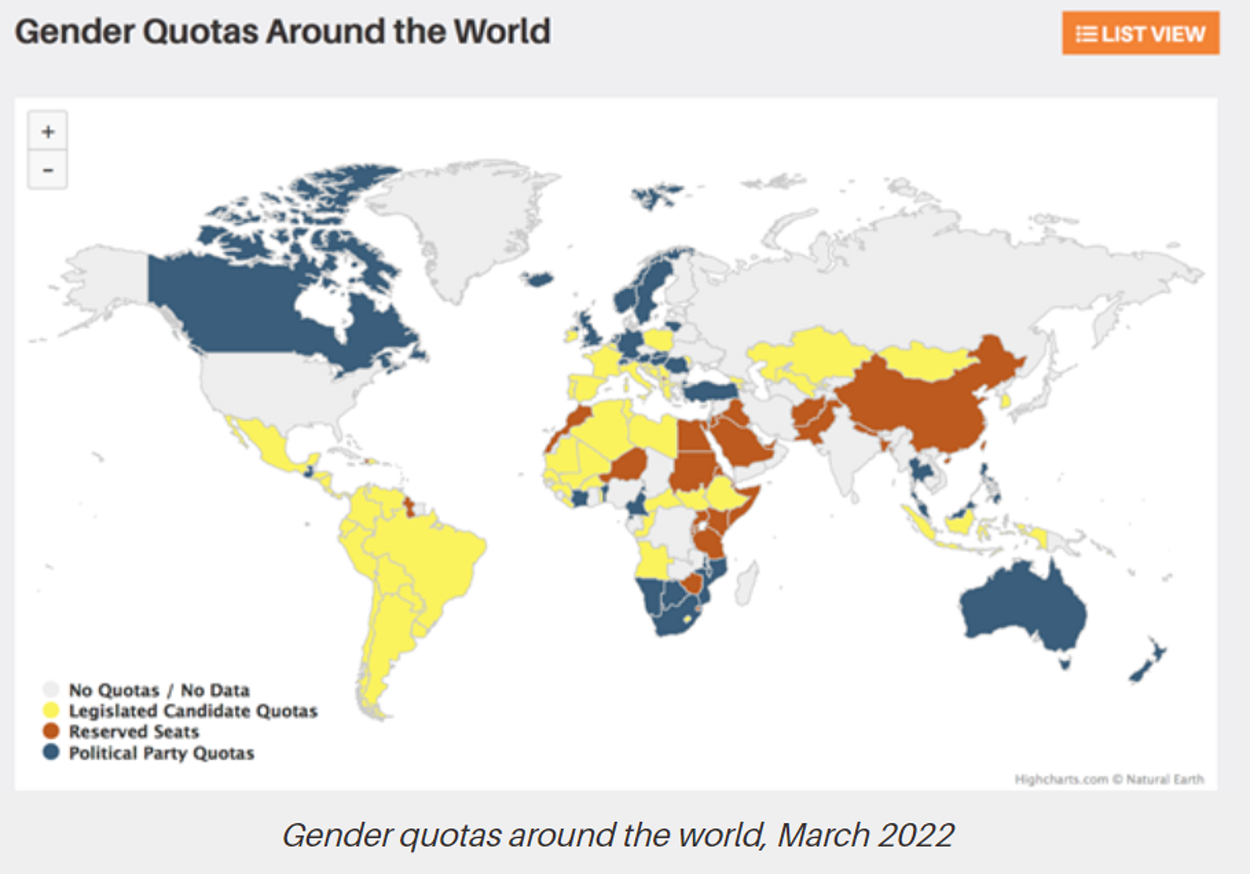 Gender quotas on their own will not be enough to guarantee the much-needed transformative changes. There is a need for sustained investments that tackle rigid social and cultural norms, attitudes and perceptions in order to achieve a change towards gender equality and women’s empowerment. 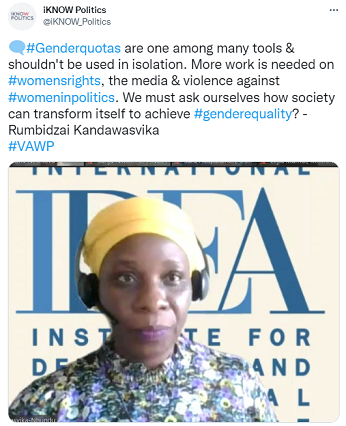 Gender quotas are one of the strategies of the Access=Participation=Representation=Transformation (APRT) approach.

The information in this article was originally presented in OSCE/ODIHR’s 6th Gender Matters! Online Briefing, where Rumbidzai Kandawasvika-Nhundu, International IDEA’s Senior Advisor for Democracy and Inclusion, was invited as a Keynote Speaker to provide support and expert training to OSCE’s staff on Gender Quotas as an effective measure to improve gender equality in politics.