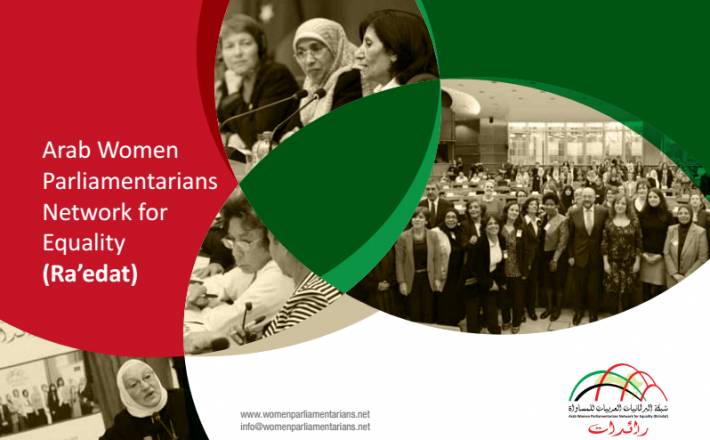 The Arab Women Parliamentarians Network for Equality "Ra’edat", or "Pioneers" in English, is a regional parliamentary network that advocates gender equality and the fair participation of women in policymaking in the Arab States region. The Network aims to unite the efforts of present and former parliamentarians to achieve parity in decision-making positions by 2030. It also aims to change the legislation that regulates the political environment, in particular the election laws for the houses of parliament, municipal councils and local governments, and the laws for political parties. The Network operates as a pressure group on government policies to adopt strategic agendas and plans supporting women and encouraging transformation towards gender-sensitive policy. It also seeks to activate funds and programmes dedicated to the economic, political and social empowerment of women. The Ra’edat Network is supported by the Spring Forward for Women, a regional joint programme by the European Union and UN Women which is funded by the European Union.