Beijing+20: Time to fulfill the promise

Beijing+20: Time to fulfill the promise 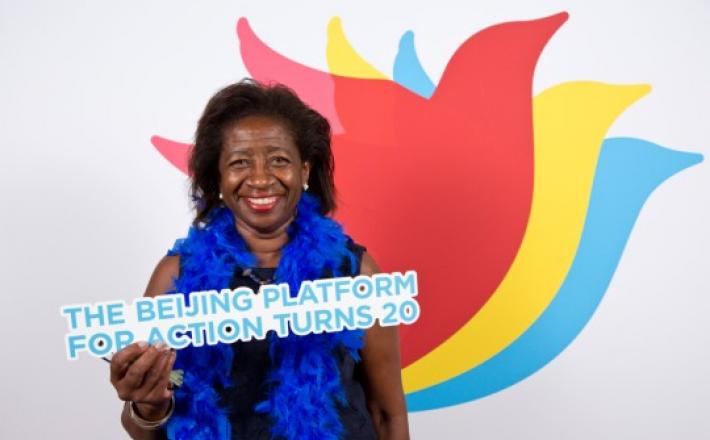 I was recently among a few thousand people at the public launch of a year-long UN Women campaign marking 20 years since the Fourth World Conference on Women in Beijing. Women leaders, celebrities, officials and activists of all ages came together with musicians and performers in New York’s iconic Apollo Theater on 26 June to celebrate the landmark summit which made the slogan “women’s rights are human rights” universal.

In 1995, as a graduate student volunteering with the New York-based Women’s Environment and Development Organization, I went to Beijing, one of more than 30,000 women’s advocates in the NGO Forum in Huairou.

‘Beijing’ symbolized the moment when, as feminist leader Charlotte Bunch put it, “all issues came together. Crossing borders and boundaries, race, culture, class, sexual orientation, age, diversity was key to women’s success in Beijing.” Women’s work and tireless advocacy were in large part behind the Beijing Declaration and Platform for Action with its 12 critical areas of concern. To date, it is the most comprehensive bill of women’s rights that women have won by consensus.

We invite our users to read the full article published on July 21st 2014 by UNDP.