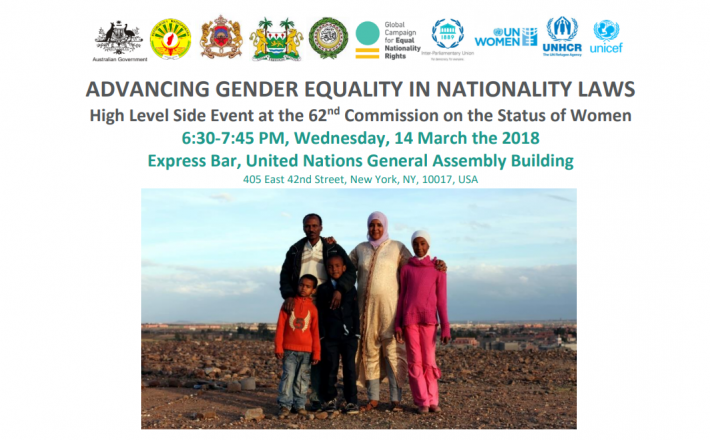 Over 50 countries maintain nationality laws that discriminate on the basis of gender, denying women the right to confer nationality on their children and spouses on an equal basis with men. These sex discriminatory laws result in wide-ranging human rights violations. However, momentum to reform nationality laws is increasing around the world.