Madeleine Albright op-ed on CNN: A hidden reality: Violence against women in politics.

Madeleine Albright op-ed on CNN: A hidden reality: Violence against women in politics. 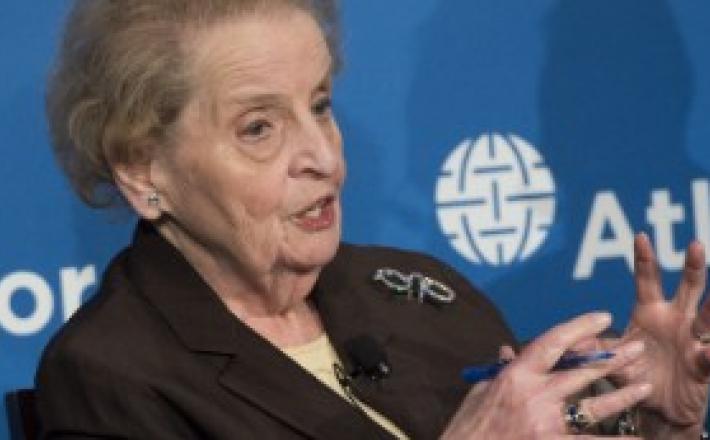 Madeleine Albright, former U.S. Secretary of State from 1997 to 2001, has published an Op-Ed on CNN on the occasion of the International Women’s Day 2016. Ms. Albright is chairwoman of the Albright Stonebridge Group, and of the National Democratic Institute.

The Op-Ed calls the attention on very strong abuses suffered by women politicians, such as Zainab Fatuma Naigaga, a female opposition party official in Uganda who was arrested on her way to a political rally and manhandled by the police officials, who stripped her down in public (see more in this link). Ms. Albright points out the fact that one in three women will experience violence in their lives, and calls attention on the importance of leaders and activists worldwide to change this situation.

The Op-Ed also announce the launching of the campaign by the National Democratic Institute calling for a global action to stop violence against women in politics (see more here).