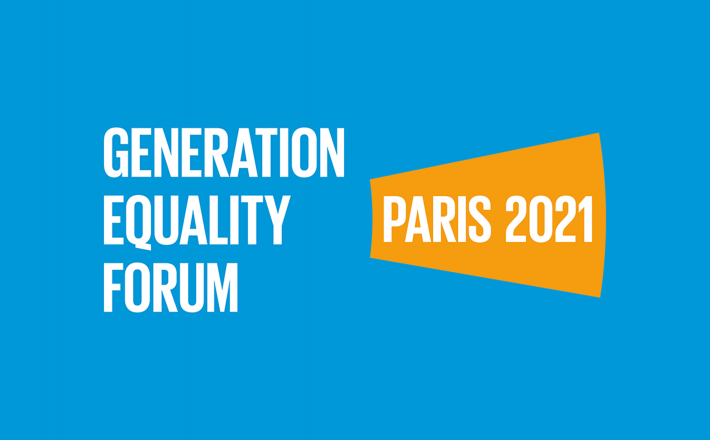 At a high-level event on the second day of the landmark Generation Equality Forum in Paris, UN Women, in partnership with the Council of Women World Leaders, convened world leaders to discuss ambitious and urgent actions to ensure that women and young people, in all their diversity, are promoted as leaders and supported as a force for positive change and progress.

“Uniting all our forces, across generations, genders and geographies to ensure women and girls in all their diversity will thrive – is what we need for a better world”, said Katrín Jakobsdóttir, Prime Minister of Iceland and Chair of the Council of Women World Leaders, a network of 82 current and former women presidents and prime ministers and the only organization in the world dedicated to women heads of state and government. 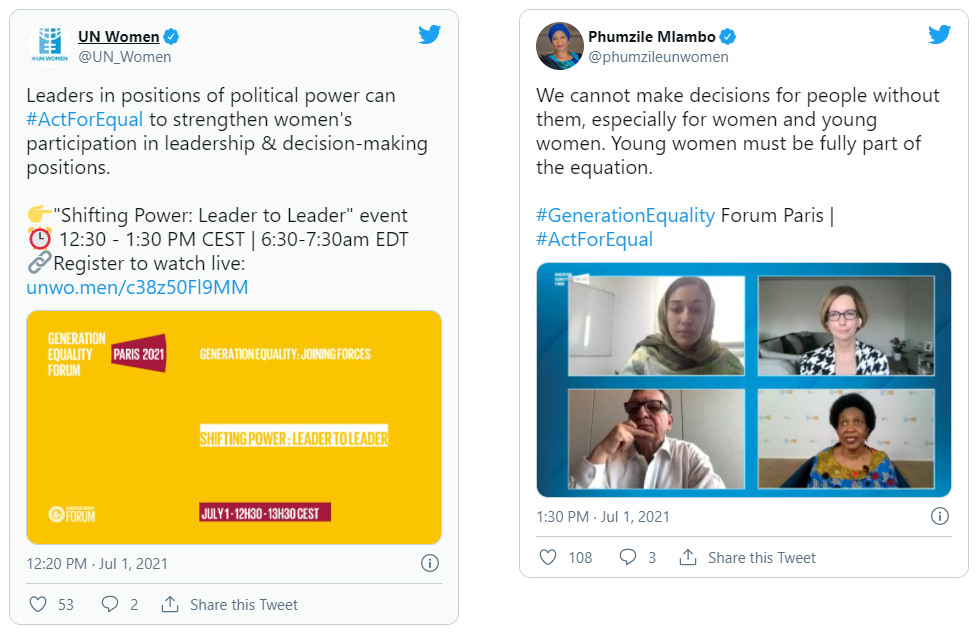 The high-level dialogue was held under the umbrella of Leaders for Generation Equality, a campaign launched in cooperation with the Council of Women World Leaders at the 74th session of the UN General Assembly in 2019 which brings together a high-level network of global intergenerational women leaders aiming to change the traditional picture of a leader.

“For so long, the picture of a leader has been the traditional one of a man, but the Leaders for Generation Equality campaign [are] about re-framing leadership and showing that leaders are – and should be – diverse, intergenerational and intersectional”, said the moderator Hajer Sharief, Libyan Peace and Human Rights Activist and Founder of Together We Build It Organization.

Highlighting women’s and young women’s leadership as one of the key drivers for gender equality worldwide, the dialogue explored how leaders can create space and enabling environments for diverse women leaders. Phumzile Mlambo Ngcuka, Executive Director of UN Women asserted, “if societies do not reach a point where they recognize, of their own volition, the importance of parity, it is the responsibility of institutions to implement quotas and targets”.

Julia Gillard, Prime Minister of Australia (2010 - 2013), Chair of the Global Institute for Women’s Leadership at Kings College London and Member of the Council of Women World Leaders, added, “there is no merit in patriarchy, you just have to be a man”. She also addressed the systemic scrutiny and discrimination women leaders face in politics, affirming that “many manifestations of sexism are universal, and women can come together from every part of the world and fight against it”.

José Manuel Barroso, Chairman of Goldman Sachs International, Prime Minister of Portugal (2002 - 2004) and President of the European Commission (2004 - 2014), said, “it’s important that [women’s leadership] does not appear as a women’s issue, but as a human rights issue.” “It was not easy,” said Barroso, speaking about his experience advocating with Member States for gender parity.

Closing the dialogue, moderator Hajer Sharief asked leaders to identify an urgent and transformative action needed to accelerate progress on women’s leadership in the next 25 years. In response, speakers endorsed an empowering call to action in favor of quotas and special measures as the priority action to strengthen the participation of women in all their diversities in leadership and decision-making positions.