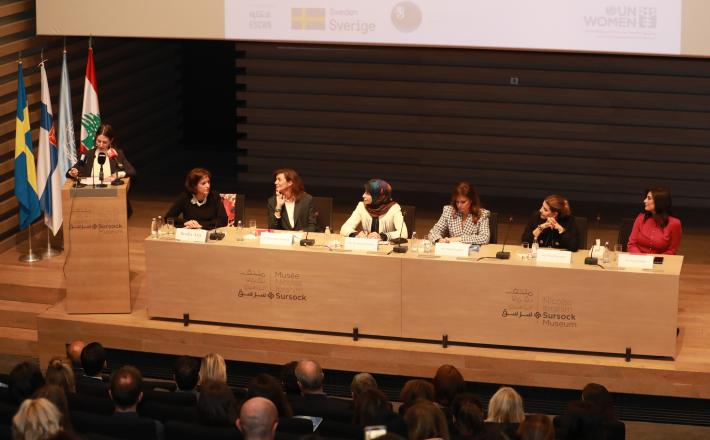 Beirut, 12 December 2022 – Today, UN Women and ESCWA jointly launched a report on women’s political participation entitled “Women at the Table: Insights from Lebanese Women in Politics”. The report analyses a set of seven in-depth interviews with female Lebanese political actors and explores the challenges and opportunities they faced in office.

Although Lebanese women gained the right to vote in 1952, and despite a vibrant feminist movement, women remain grossly under-represented in public and political life. Out of 88 Lebanese governments formed since 1943, only 9 governments have included women, and today women represent only 4% of the current caretaker cabinet, with one female minister out of 24. Lebanon ranked 110 out of 146 countries in political representation in 2022, according to the World Economic Forum Gender Gap index – though this ranking was assessed when Lebanon had 30% women in cabinet in early 2021 - and is ranked 183 out of 187 countries in terms of women’s participation in parliament. In comparison to its Arab neighbors, the country lags far behind, as it ranks 15th of 17 Arab countries in female parliamentarians.

Click here to read the full article published by UN Women on 12 December 2022.