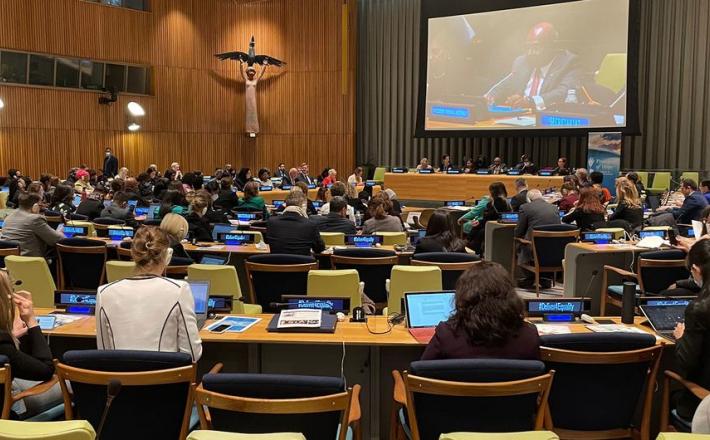 Top UN officials on Tuesday gathered with government and civil society representatives to draw attention to the scourge of violence against women worldwide who are involved in politics, which is increasingly seeing women parliamentarians, human rights defenders and electoral observers silenced, and intimidated.

“As a former Parliamentarian, and a lifelong politician, violence against women in politics is an issue near to my heart. It is a moral and ethical failure on us as a society,” said the President of the General Assembly, Abdulla Shahid, whose office organized the event on the sidelines of the Commission on the Status of Women.

The event brought together Vice-Presidents, Government Ministers and senior officials from more than 20 UN Member States – some of whom spoke from personal experience about the barriers to running for office as a woman candidate.

Click here to read the full article published by the UN News on 15 March 2022.