Women’s political participation in Latin America: some progress and many challenges

Women’s political participation in Latin America: some progress and many challenges 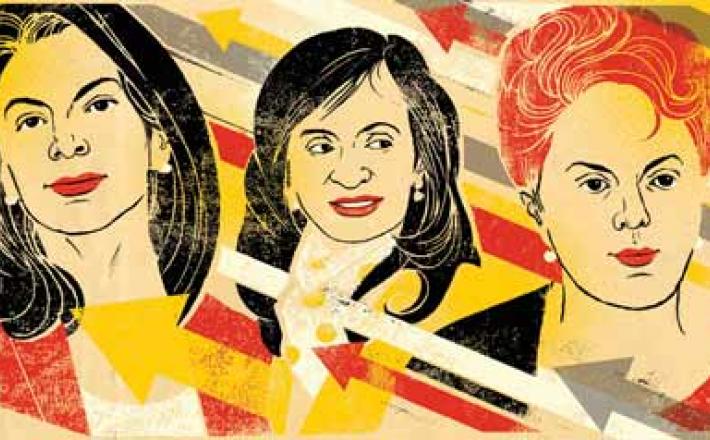 Over the last two decades, important regulatory progress has been made in Latin America on the promotion of women’s political participation.

Despite this significant regulatory progress, there are still large gender-based inequities in the political sphere. For example, even though in 2017 on average 28.1% of the members of parliament in the region are women (ranking the region second in the world), it has not yet been possible to go beyond 30%. In addition, this average implies large differences in terms of parliamentary representation in the lower or single chamber among the different countries of the region.

On the one hand, in four countries parliament has over 40% of women elected, i.e. Bolivia, Mexico, Ecuador and Nicaragua. These countries have approved parity and alternation on the electoral lists. On the other hand, some countries have a clear underrepresentation with less than 20% of women in Congress.

These inequities are not limited exclusively to elected office but they also persist in the political parties, as key organizations to encourage a greater female presence in decision-making spaces. These inequities are clearly present in the organization and structures of the political parties, as shown in studies conducted by International IDEA and the IADB. The studies conducted between 2009 and 2015 show that there remain gender gaps in the political parties which have not yet been closed and which persist over time. The pattern is constant: in terms of militancy, the presence of men and women is very similar, but in decision-making spaces and levels, women’s participation is decreasing. In other words, there is a “power pyramid” in which “the greater the power, the lower women’s presence”.

How has progress been made?

Historically speaking, any progress in terms of women’s political participation has not been an easy process. Rather, the processes have been long, involving confrontations and tough public and political debates. The alliances among women politicians, social movements and male and female members of parliament have played a fundamental role in encouraging important citizen mobilizations thanks to which the need for generating changes in the exercise of power was put on the agenda. This was primarily based on broadening the concept of democracy and citizenship, including women in conditions of equality.  International IDEA and the Inter-American Commission of Women (CIM) of the OAS have systematised the cases of Bolivia, Ecuador and Costa Rica as some examples of these processes.

In addition, the different countries have conducted a series of creative actions, among which public campaigns. One successful example is the 50/50 Parity is Now campaign conducted in Bolivia. The campaign that accompanied the movement of organized women demanded the application of parity and alternation, because despite enactment of the regulation, there were still weaknesses in application thereof, which lowered effectiveness. The results were successful, achieving a female representation of 53% in the Chamber of Representatives and of 46% in the Senate.

Furthermore, it should be noted that the campaign in Bolivia considered that although the number of women was important, this was not enough. One fundamental effort consisted in preparing a political agenda from women to promote and guarantee the political, economic and social rights of women. To a large extent, the success of this campaign was thanks to the alliances and synergies among different stakeholders, i.e. politicians, civil society, and international entities such as IDEA which played an important role.

Within the objective of promoting a more equity-based democracy, it is important to have information as the basis for decision-making. In this sense, in Latin America International IDEA, UNDP and UN women have implemented “ATENEA”, a comprehensive monitoring system to keep track of progress in the design of parity policies in the region. The focus is on information for action.