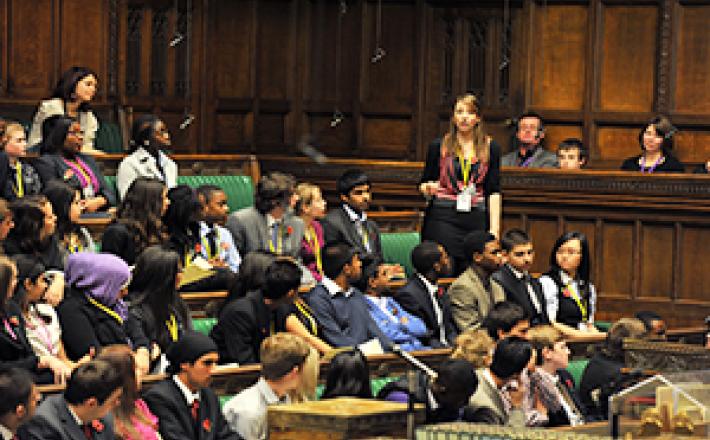 Data from the IPU shows the worrisome lack of representation of young people in parliaments. To commemorate International Youth Day 2017 (12 August), the IPU has asked young MPs worldwide to share their views on how to increase youth engagement in politics.

We are sharing these views through a social media campaign on Twitter and Facebook. Young MPs provide examples of how they have reached out to youth in their communities, and ensured that their concerns and actions are integrated into parliamentary debates. This campaign is part of the IPU’s work in helping to increase the number of young MPs in parliaments worldwide. This year also marks the 20th Anniversary of the Universal Declaration on Democracy (UDD), adopted by IPU Member Parliaments in September 1997. Young MPs have played a pivotal role in advancing its principles.

IPU data from the 2016 Report on Youth Participation in National Parliaments shows that although those under 30 years of age make up half the world population, the number of parliamentarians in that age group is below 2 per cent. IPU data also shows that there are no MPs aged under 30 in nearly one-third of the world’s single and lower houses of parliament. In 73 per cent of countries, someone who is old enough to vote is not old enough to run for public office.

To address this, the IPU is promoting measures to increase the numbers of young MPs and empower youth to have more of an impact on parliamentary work. An example of this is through the Not Too Young to Run campaign, which the IPU launched with the UN Secretary-General’s Envoy on Youth and other partners in 2016. The IPU also provides platforms for young MPs to become engaged in global youth issues and coordinate action, such as the IPU Forum of Young Parliamentarians, and the Global Conference of Young Parliamentarians. The next Global Conference will take place in Ottawa, Canada on 17-18 November 2017.