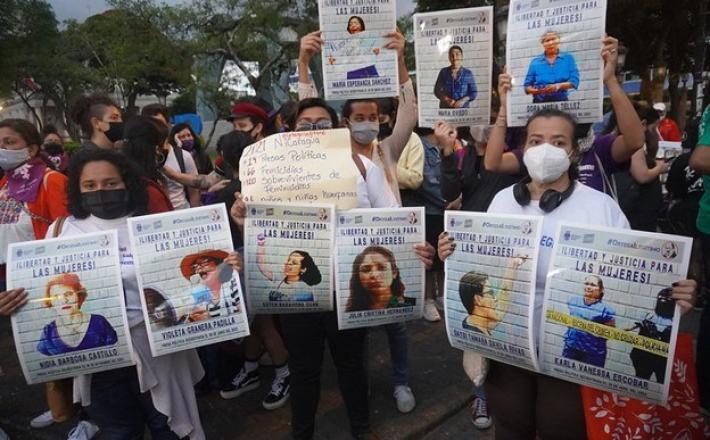 Relatives of opposition members imprisoned by the regime addressed the panel, decrying the poor treatment and different types of torture the female prisoners suffer.

Feminists from different countries “shouted out” on March 10th for the 14 women opposition leaders who are currently political prisoners in Nicaragua. Their aim was to pressure for the women to be freed.

The demand for freedom for the Nicaraguan dissidents was expressed during an online panel entitled: International Feminist Tribunal for the freedom of the female political prisoners in Nicaragua.” Activists from a number of different European and American countries participated, along with relatives of the imprisoned women.

Click here to read the full article published by Havana Times on 12 March 2022.