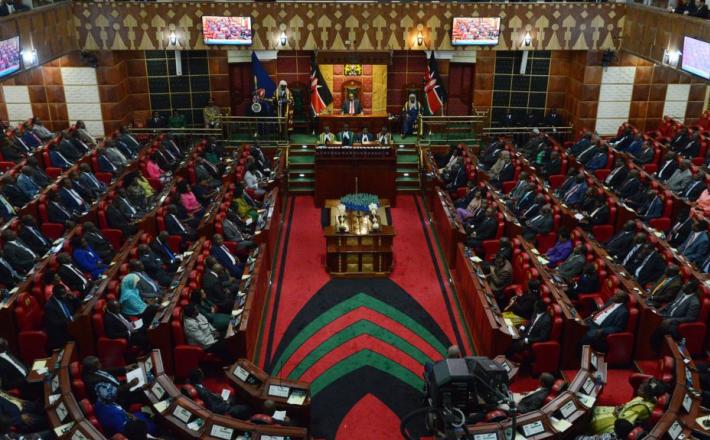 The ruling follows a lengthy struggle to increase women's political representation in the patriarchal society.

Kenya's 2010 constitution guarantees women a third of seats in parliament, but its male-dominated assembly has repeatedly frustrated efforts to pass legislation needed to enact the quota.

Women vying for office in Kenya frequently face violence and intimidation in a country where women in politics are frowned upon. They also often lack the political clout and money to get nominated by the major parties.

Kenya, which heads to the polls in August, has East Africa's lowest representation of women in parliament at 19 percent, compared to 61 percent in Rwanda and 38 percent in Ethiopia, the Geneva-based International Parliamentary Union says.

Three previous attempts to get the bill passed have failed, with male lawmakers walking out of the chamber in May when it was time to vote.

But Nairobi-based constitutional lawyer Patrick Wanyama said the court victory may be too late to make a difference.

The 60-day ultimatum expires in late May, just over a month before parliament dissolves for August elections.

Click here to read the full article published by VOA News on 3 April 2017.