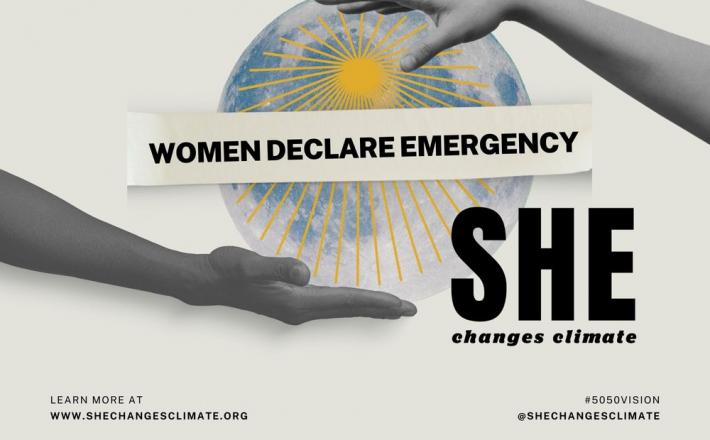 We are facing a planetary emergency, and more than 500 leaders from around the world are coming together to ask the COP27 Presidency and all Leaders attending COP for equal representation and urgent action to solve the crisis.

Women and men are collectively asking for urgent action to be taken by the COP27 Presidency (Egypt), but also the UNFCCC and all Parties getting ready for COP27. The SHE Changes Climate open letter has gathered over 500 signatures from government, business, civil society, academic, research, grassroots, and cultural leaders asking for gender equality in climate negotiations. The demand for gender equality is now.

SHE Changes Climate welcomes the progress being achieved so far by the COP26 and COP27 Champions and recognises that Egypt has developed a stronger vision for women empowerment, compared to the UK last year. We would like to thank Dr. Mahmoud Mohieldin, who is both a climate champion and a gender champion, as well as his team for their effort and support to advance the climate and gender action agenda.

Click here to read the full article published by SHE Changes Climate on 27 September 2022.