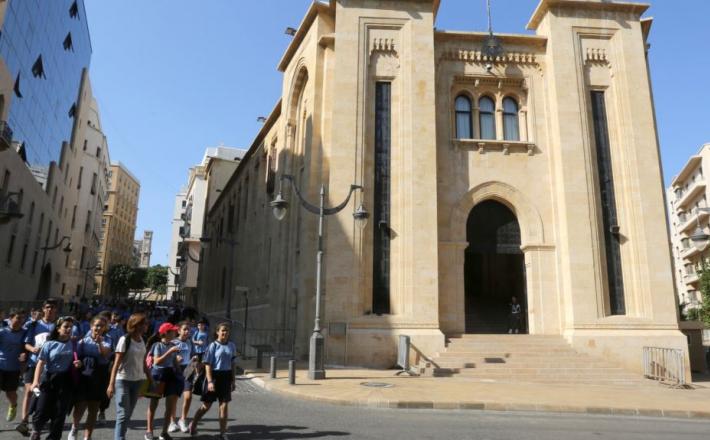 BEIRUT — In a country where women occupy only three percent of the parliament seats, Lebanon's first women's affairs minister — a man — is supporting a campaign to attract more women politicians.

The government's decision to appoint him as women's minister in 2016 attracted some criticism. But Jean Oghassabian said the responsibility to support gender equality is not limited to a woman.

His ministry, along with the United Nations and European Union, is behind a campaign to encourage more women to run for Lebanon's first legislative election in nearly a decade, which is scheduled for May 6.

Since the beginning of the year, billboards and television advertisements have carried the slogan "Half the society, half the parliament". Currently, only four women sit in the 128-seat parliament.

"The legal institution in Lebanon, mainly the parliament and the government are losing half of the human power in Lebanon," Oghassabian told the Thomson Reuters Foundation at his office in Beirut. "So for me it is not a question of numbers, it is a question of potential, we are losing opportunities," he said.

Women could bring a new approach to legal, social, and economic issues, he added.

Oghassabian said there is a "huge responsibility and role to play for men because they are the main obstacles" to women's participation in politics, which is often due to sexist attitudes.

Click here to read the full article published by VOA News on 7 February 2018.