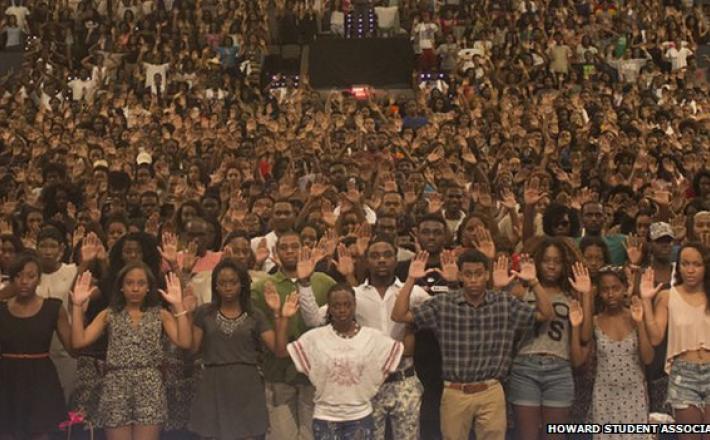 Organiser Feminista Jones says that the National Moment of Silence, known as #NMOS14 on social media, was created in the wake of the shooting of 18-year-old Michael Brown and the police response to local protests.

"With the shooting of Mike Brown, and now how Ferguson is being occupied by a military presence, people are upset and angry," Ms Jones told the BBC.

"I have a large platform so I knew I could reach people and make things happen."