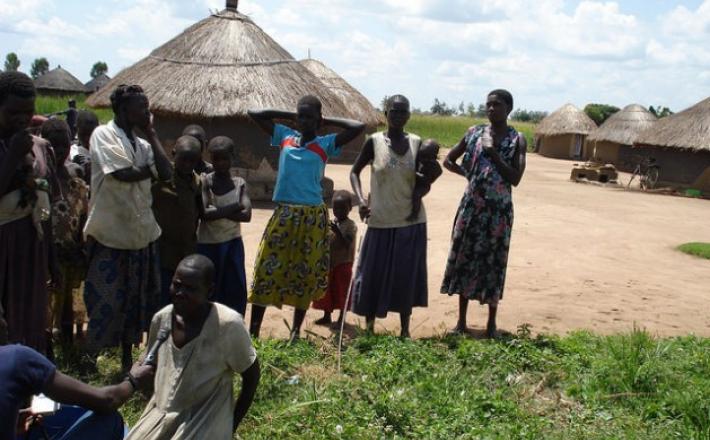 After years of wrangling and debates among African leaders, the movement to end female genital mutilation (FGM) is gaining real momentum, with a new action plan signed this week by Pan African Parliament (PAP) representatives and the U.N. Population Fund (UNFPA) to end FGM as well as underage marriage.

The UNFPA has already trained over 100,000 health workers to deal specifically with aiding victims of FGM, while tens of thousands of traditional leaders have also signed pledges against the practice.

The agreement followed a PAP Women’s Caucus meeting with UNFPA representatives in Johannesburg on July 29-30.

Kicking off the meeting, PAP President Roger Dang said, “PAP is determined to help and be part of stakeholders to come up with solutions to this practice. This is in line with the mandate of PAP to defend and promote gender balance and people living with disability.”

The PAP is the legislative organ of the African Union, and has up to 250 members representing the 50 AU Member States.

In some African countries, girls as young as eleven and twelve are forced to marry much older men. This has led to an increase in serious health problems, including cervical cancer and a host of social problems.

UNFPA East and Southern Africa Deputy Regional Director Justine Coulson said if the current trend continues, the number of girls under 15 who had babies would rise by a million – from two to three million.

“If we do nothing, in the next decade over 14 million girls under 18 years will be married every year,” she said.

There are believed to be at least seven million child brides in Southern Africa alone. While underage marriage and childbirth is a major health risk, the Pan African Parliament UNFPA workshop also heard how FGM had led to an increased likelihood girls and women would be exposed to sexually transmitted diseases such as HIV/AIDS.

The cause of this can be traced back to contaminated cutting instruments, hemorrhages requiring blood transfusions, and injurious sexual intercourse causing vaginal tearing and lesions.

Globally, an estimated 200 million girls and women alive today have undergone some form of FGM. In Africa, FGM is practiced in at least 26 of 43 African countries, with prevalence rates ranging from 98 percent in Somalia to 5 percent in Zaire.

The buy-in of African political leadership is crucial if this latest move is to succeed, with up to 140 million women and girls in sub-Saharan Africa who’ve been forced to submit to the practice of cutting their genitals. The aim is to influence people on the ground as well as effect legislation banning the practice.

The procedure intentionally alters or injures a girl or woman’s organs for non-medical reasons. There are no health benefits in the process and it can cause severe bleeding, problems urinating, cysts, infections and a host of childbirth complications.

There are four types of genital mutilation. Type 1 is a clitoridectomy which is where the clitoris is cut out. Type 2 is known as excision which is the totally removal of the clitoris and inner folds of the vulva. Type 3 is infibulation, which is the tightening of a a vaginal opening while, Type 4 is all other harmful procedures which includes piercing, cauterising, scraping and stitching the vagina.

The PAP also agreed to work with the UNFPA in seeking to overturn the practice of marrying off children under the age of sixteen.

In June, the UNFPA worked with Southern African Development Community Parliamentary Forum representatives at a meeting in Swaziland which voted through a Model Law on eradicating child marriage.

Coulson said moves such as these seen in SADC are beginning to show tangible results.

“Girls and women of Africa need your support to end female genital mutilation. We need to act now. All it requires is our engagement, passion and dedication to uphold the human rights of women and girls,” she told attendees at the workshop.

Now the PAP has setup a working group which will oversee the moves towards a similar law. The areas of priority include laws and legislation, engaging the community, mobilising resources, advocacy and implementing the plan at regional and national levels.

Dang also called on men to step up and join the fight against FGM, saying, “We have double responsibility to defend girls against this human rights violation.”