WFD campaign empowers women in elections in Bosnia and Herzegovina

WFD campaign empowers women in elections in Bosnia and Herzegovina 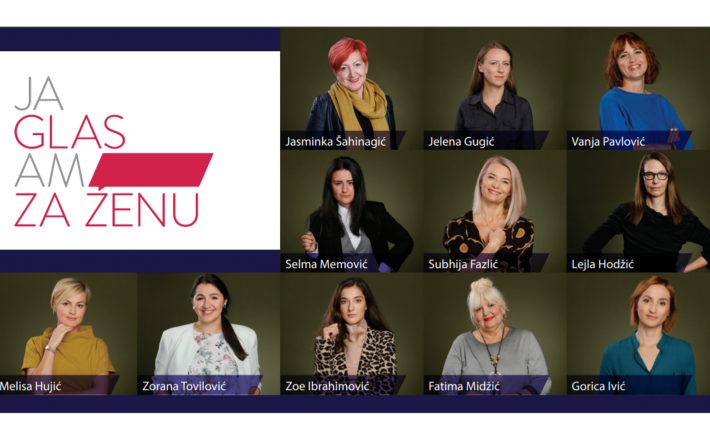 The Constitution and legal system of Bosnia and Herzegovina stipulate equality between women and men. However, gender inequalities are found across all social domains. Women are still underrepresented in politics, and particularly so in top positions and elected offices. When a country has a higher representation of women in politics, the effects are multi-fold, resulting in tangible benefits for democracy. Women play a key role in peacebuilding and their work, engagement and contributions to society should be in the spotlight.

This is particularly the case with the local administration. In the last 2016 local elections, women comprised only 18 percent of the elected officials in municipal councils, and only 6 women were elected as mayors.

The “I Vote for Women” campaign presented strong and successful women, who have created positive change in the local communities of B&H. The personal stories of women who inspired other women to thrive showed the strength and solidarity women possess in creating prosperity and wellbeing in their communities. Building trust in women as leaders, these stories aimed to motivate voters to elect more women in legislative bodies of B&H in the local election of 2020.

Click here to read the full article published the Westminster Foundation for Democracy  on 11 June 2021.