The woman behind a massively influential political movement

The woman behind a massively influential political movement 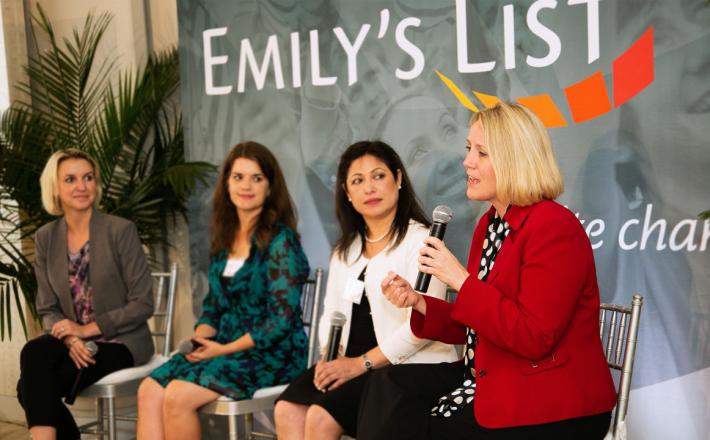 Since Stephanie Schriock became president of EMILY's List, the political action committee focused on getting more pro-choice Democratic women elected to office, much has changed. The organization has raised more than $52 million and helped elect 62 women to the House and the Senate.

But in 2010, when Schriock became president, she was the first to take over since the founder, Ellen Malcolm started the organization out of her basement in 1985. EMILY's List—which stands for the acronym "Early Money Is Like Yeast," in reference to the importance of raising campaign money early on—had grown to become on of the most politically influential organizations focused on women in government since its founding.

Schriock came into the role with considerable experience managing political campaigns. She had been finance director for Howard Dean’s 2004 presidential campaign and had managed the campaigns of senators including Jon Tester of Montana and Minnesota Senator Al Franken's highly contested 2008 race.