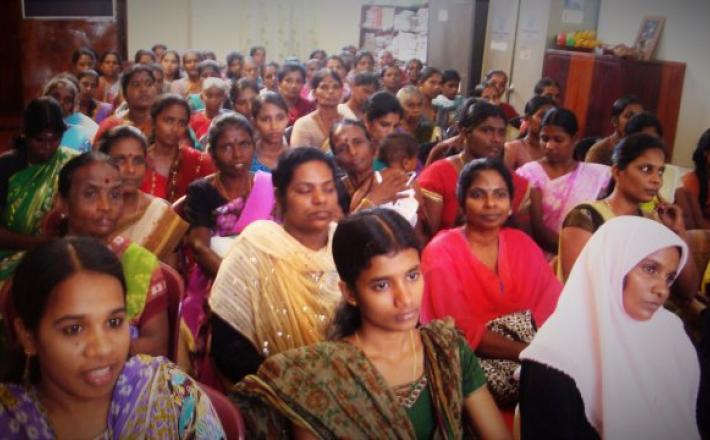 For the first time in 20 years a woman candidate has been named to contest at the upcoming Presidential Election. Environmentalist Dr. Ajantha Perera being nominated is largely seen as a positive sign for increased women representation in Sri Lankan politics, which remains largely male dominated.

Few will harbor any hope of her winning but when female representation in Parliament has only been about 5% for many years and a woman has not even been a Presidential Poll candidate in two decades, even symbolism becomes important. Every journey requires someone to step up and try to make a differences and this is what Dr. Perera has pledged to do.

According to the Inter-Parliamentary Union, Sri Lanka with less than 6% representation in Parliament ranks 128th out of 140 countries. Sri Lanka had only 13 women in the Parliament out of 225 seats that formed the last Government. Females represent only 4.1% of seats in the Provincial Councils (PC), and, before the change in legislation only 2.3% of seats in the Local Government (LG) bodies.

This Government said in its policy manifesto that it would increase female representation to 25% at the provincial governing level, while encouraging all political parties to put forward 25% female candidates in coming elections. But this was not to be, with past elections creating even less space to promote female candidates. The new system, though it encourages smaller parties, also discourages them from promoting women.

Click here to read the full article published by Daily FT on 6 September 2019.